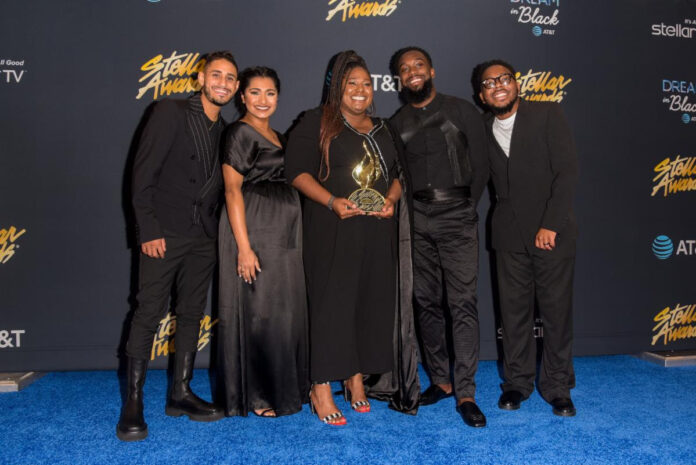 “I am a huge fan of Maverick City Music, so it was an honor to be asked to be part of the song “On and on.” We love praising and worshiping to their songs in our house with our kiddos. The mission for the song is to inspire, encourage, and spread the love, so it was really special to be part of this project, especially in celebration of Juneteenth as the date became recognized as a national holiday.” – Ciara

Maverick City Music recently made headlines with their newest release Old Church Basement. The collab album with Elevation Worship broke streaming records at Apple Music and Spotify. On Apple Music, the group set a new worldwide record for the most first-day streams for a Christian and Gospel album. On Spotify, the album broke the U.S. record for the most streams in a day for an album by a Christian group and was No. 4 out of all U.S. albums in the first weekend of release. Old Church Basement was released on April 30 and is a powerful collection that aims to bring listeners back to a pure place of worship. The album features vocals from Chandler Moore, Brandon Lake, Naomi Raine, Chris Brown, Dante Bowe, Tiffany Hudson, Joe L Barnes, and Amanda Lindsey Cook.

“These lessons that I’ve learned in this year about my struggles and hardships make me feel so much closer and connected to my ancestors and guides…Being a close child of God, I understand that one of my responsibilities is always to give God the glory and praise that he is due FIRST….I’m always so glad to do so. Thank you to @maverickcitymusic for having me a part of this project.” – Tamar Braxton

The group will embark on its first-ever tour this upcoming fall. The shows will feature electrifying performances with collective members Dante Bowe, Chandler Moore, Naomi Raine, Joe L. Barnes, Aaron Moses, and special guests Lecrae on specific dates. In addition, the group recently added 13 more tour dates after selling out their original 11. The new dates include even larger venues, such as the Barclays Center in NYC and T.D. Garden in Boston.

“All humanity should celebrate defeating the odds and upholding the truth that we are all made with infinite worth and deserve the freedom to be all we are called to be. This album is a soundtrack to that celebration” – Lecrae

Related Article: The Mavericks Beyond Music: The Shindellas – ENSPIRE Magazine