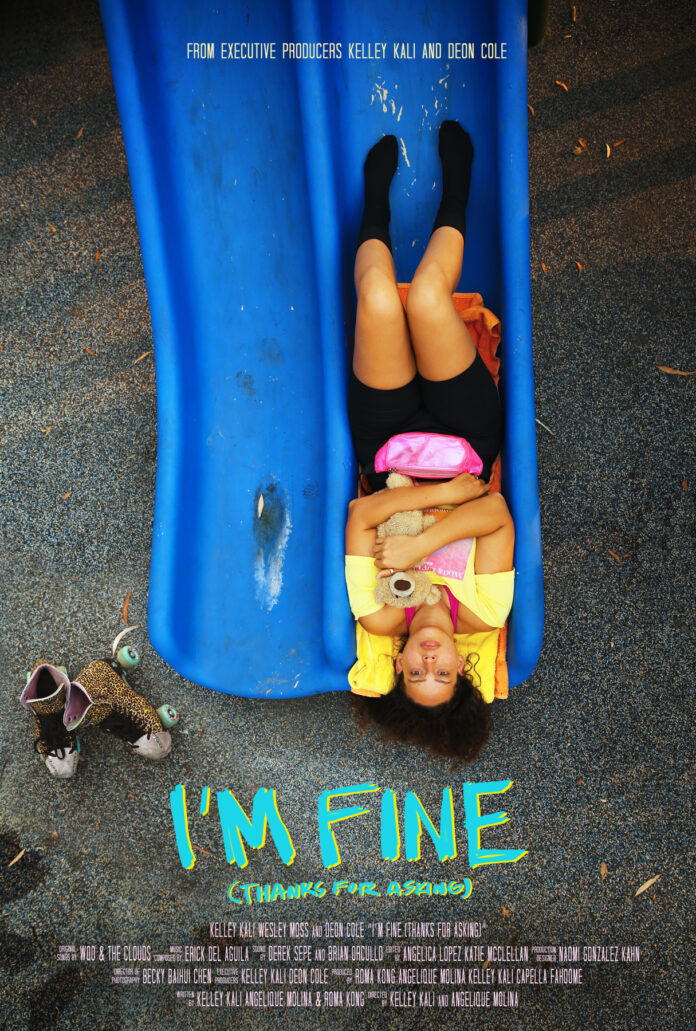 I’m Fine (Thanks for Asking) is a film with real consequences for its main character. It reminds us that a lot is going on in someone’s life, even though they swear everything is fine. The film follows Danny (Kelley Kali), a widowed mother looking for a home for herself and her eight-year-old daughter Wes (Wesley Moss). During the Covid-19 Pandemic, Danny and Wes live in a tent at the side of the road after her husband’s death, with one of Danny’s friends watching Wes during the day. Danny is only a few hundred bucks short on a deposit for an apartment she is saving for. Danny strives to obtain the remaining funds for a new life over the course of one day in the film. She goes into a desperate overdrive, making money by braiding hair and using an app to deliver food by skates. Throughout her obstacle of trying to make a way for her and her daughter, Danny maintains an appearance that everything is fine.

The film reflects many of us who grew up in homes where being not okay was frowned upon. When we voiced our feelings, people told us to stop crying, or we were chastised, or people ignored our feelings. As a result, we learned to suppress and numb our emotions, continuing as if everything was okay.

I’m Fine (Thanks for Asking) resonates to the core of what being a mother is – one who is willing to do whatever is necessary for the sake of your child. And in the world we live in today, life isn’t easy. So many of the viewers will relate to the storyline and see themselves as Danny’s character.

The critically lauded, award-winning feature film will premier on BET HER on Saturday, August 7th at 7pm ET/PT, 6pm CT. For more information on the film, visit the I’m Fine (Thanks for Asking) website HERE.