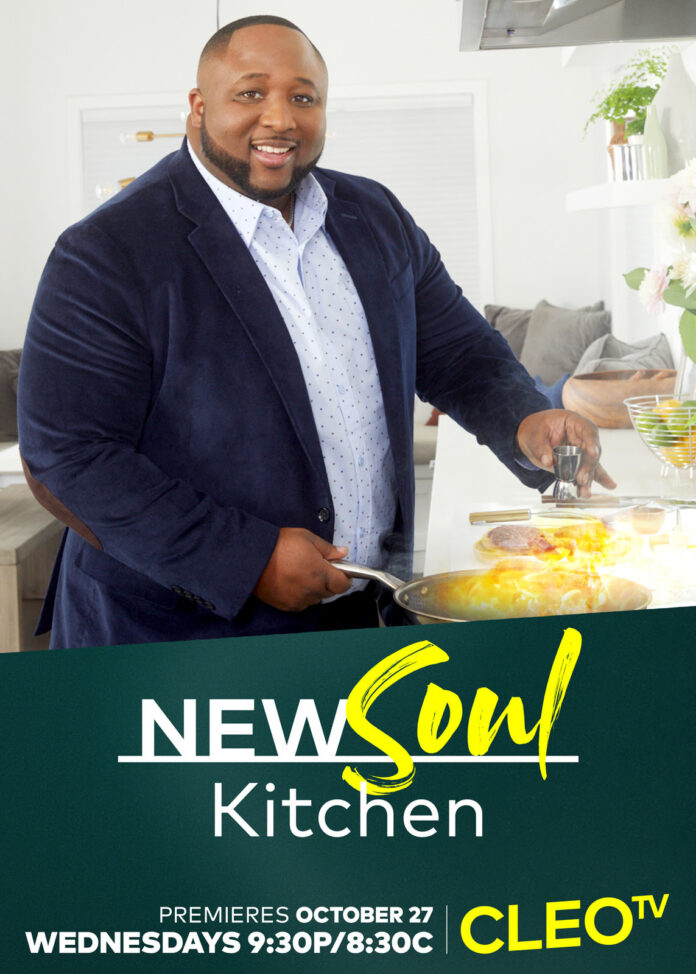 CLEO TV continues its ongoing mission of bringing diversity, entertainment, and yummy recipes into the homes of many. They started their 2022 programming with new segments from “Culture Kitchen” hosted by celebrity Chef Bren Herrera and “New Soul Kitchen” hosted by Executive Chef Jernard Wells. Both chefs prepared meals they enjoy and added their own spin to the dishes.

In the season finale of “Culture Kitchen,” which CLEO TV aired on January 5th, Chef Bren showed viewers how to make an appetizing Cuban brunch featuring Spicy Ancho Chile,  Cilantro Short Ribs, eggs, and a homemade beverage to wash it down. If you’re not a morning person, the Cilantro Short Ribs include jalapeno peppers to kick you in the tastebuds. Chef Bren’s brunch beverage incorporated fresh fruits like pineapple and watermelon along with a whole bottle of Chardonnay and honey.

This meal, along with others, matches the vibrant and colorful personality of Afro-Cuban Chef Bren. She shared her cultural roots and traditions with viewers in order to educate and inspire others to share their stories. Throughout the season, she gave viewers tasteful and time-efficient recipes where you don’t have to sacrifice flavor or time with loved ones. To see the recipe for Chef Bren’s Spicy Ancho Chile and Cilantro Short Ribs with Fluffy Eggs, click here.

NEW SOUL KITCHEN is produced by Powerhouse Productions, with Rochelle Brown and Sonia Armstead serving as Executive Producers. For CLEO TV, Susan Henry serves as Executive in Charge of Production.

Chef Jernard Wells brought the first installment of Season 3’s “New Soul Kitchen” on January 5th with an Italian focus. He shared his favorite recipes including one for Chicken Marsala with Creamy Garlic Mashed Potatoes. This dish included chicken breasts seared to perfection and incorporated garlic and mushrooms. He later created a sauce for the Chicken Marsala to add a final touch.

As Chef Jernard prepared this dish, he emphasized the importance of introducing Italian dishes that are true to the cooks watching. He explained that “creating recipes is in the eye of the beholder.” While it’s good to get inspiration from chefs when preparing meals, this chef emphasizes that there’s nothing wrong with revising dishes to make them your own. All chefs are different and there’s more than one way to prepare memorable meals for yourself and others. Like Chef Bren, Chef Jenard Wells has shown CLEO TV viewers how to make meals in a short timeframe. In the unscripted series, this chef shows how easy and exciting cooking can be. Additionally, he shows that when you love what you do, you’ll be successful at it and others will enjoy what you bring to the table (literally and figuratively).

NEW SOUL KITCHEN is produced by Powerhouse Productions, with Rochelle Brown and Sonia Armstead serving as Executive Producers. For CLEO TV, Susan Henry serves as Executive in Charge of Production.