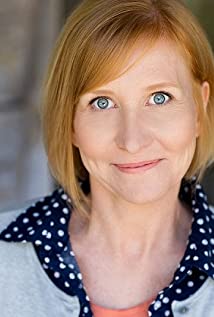 ( ENSPIRE She Did That ) Tammy Dahlstrom Joins Daniel Radcliffe, Steve Buscemi, and Others In the Comedy Anthology Show Miracle Workers

Television fans might recognize Tammy Dahlstrom from her role as Gloria in HBO’s critically acclaimed series Silicon Valley, or from her many other appearances in both film and television, such as shows like The Middle, Grey’s Anatomy, Monk, and movies such as A Boy Called Po and Dave Barry’s relationship comedy, Complete Guide to Guys. Now, Tammy Dahlstrom can show off her acting chops in a completely new environment and style in the form of the comedy anthology series Miracle Workers, where she stars as Martha, a farmer turned frontierswoman in this Oregon Trail themed 3rd season anthology.

Starring alongside series stars such as Daniel Radcliffe, Steve Buscemi, Geraldine Viswanathan, Karan Soni, and Jon Bass, Tammy Dahlstrom is surrounded by a great cast that can help bring her character alive while also providing the entertaining and unique sensibilities that make this TBS comedy anthology worth watching. With new episodes premiering every Tuesday, it’s worth jumping in to see Ms. Dahlstrom and the rest of the cast’s performances.

Miracle Workers: Oregon Trail is the third season of the show’s anthology, compared to the earlier seasons, which occurred in vastly different periods and locations. Set in the 1840s, Miracle Workers: Oregon Trail follows Daniel Radcliffe as an idealistic small-town preacher. He teams up with a wanted outlaw, portrayed by Steve Buscemi, to lead a wagon train west on the Oregon Trail. Characters like Tammy Dahlstrom’s Martha see a lot of promise in the journey as her family’s crops continue to fail, and so, unknowing of the dangers and misadventures that await, she signs on to join the frenetic caravan.

As a character, Martha is tough and durable, as expected of any frontier farmer, and incredibly bold to join a caravan on the Oregon Trail. Still, she’s often very accessible, empathetic, and likable as a character, making it easy to appreciate the roundedness of her character. Dahlstrom spoke to her exciting experience working on the show, saying that “Where else could I wear a bonnet all day, sit by a campfire under the stars all night, and worry that I might die of dysentery, starvation, or a disgruntled bandit at any moment. But, seriously, Dan Mirk and Robert Padnick are geniuses with what they’ve pulled off this season. Not to mention, this was the kindest group I’ve ever worked with, starting at the top with Daniel Radcliffe and Steve Buscemi. Don’t tell anyone, but they’re nice guys who happen to be incredibly talented.” The set demonstrates an enjoyable and engaging environment, and if you haven’t seen the show yet, that chemistry is apparent there as well.

Overall, it’s thrilling to see Tammy Dahlstrom make her return to television on such a unique and original project, and the creativity afforded to the creators and writers of Miracle Workers via the comedy anthology format shines through in the balance of story and comedy they can achieve. If you haven’t already, tune in to the show on Tuesdays on TBS to see what makes Miracle Workers: Oregon Trail stand out for the season.