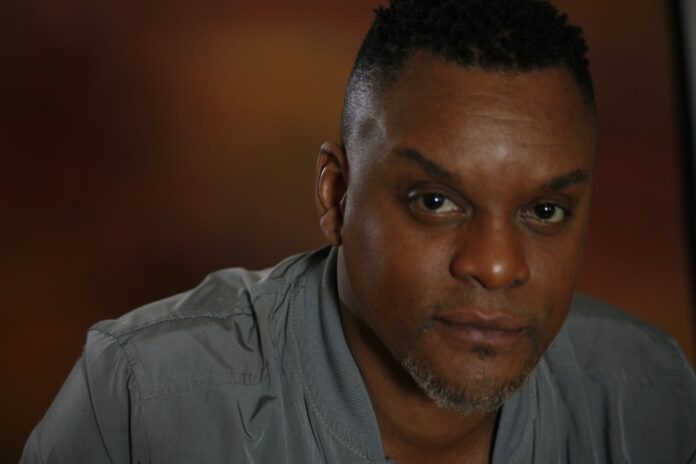 Zimbabwean-Canadian actor Kevin Mambo is no stranger to the small screen. We recognize him for his lead role as Marcus Williams on the long-running soap opera “Guiding Light.” He won two Daytime Emmys for this role in 1996 and 1997, respectively. Furthermore, Mambo had significant roles in hit series such as “Luke Cage” and “High Maintenance.” Other films and television credits include “Cadillac Records,” “Nina,” “Law & Order: Criminal Intent,” “Law & Order: Special Victims Unit,” “The Blacklist,” and “Elementary.”

Being on a long-running and well-known soap opera taught Mambo several things. “Soaps require stamina and the ability to be flexible,” he began. “You have to memorize vast amounts of information quickly and work long hours while remaining engaged. We are finishing a new show every day. The theater is a living and breathing animal that only shows up when you open [to] the audience.”

Kevin Mambo was born in Harare, Zimbabwe, and raised in Saskatoon, Saskatchewan, Canada. From an early age, he loved music and learned to play piano, saxophone, and guitar. Consequently, Mambo studied at the McGill Jazz Conservatory. He later transferred to the University of Southern California (USC) and received his Bachelor’s of Fine Arts degree. Mambo is an avid musician who currently lives in New York City.

The current actor’s change in career paths seemed like a smart move for him. His truest interest and passion was acting. “I initially headed to law school [but] realized what I wanted to do was act,” Mambo said. “I attended USC for my Bachelor of Fine Arts in Theater.”

Besides movies and television shows, Mambo has had on-stage roles in the theatrical background. He played the titular character in the Tony-nominated musical, “Fela!” and extended his talent to the role of Mafala in “The Book of Mormon.” Moreover, Mambo performed in the revival of “The Color Purple” and “The Public Theatre’s Fortress of Solitude.” He appeared opposite actor Wendell Pierce in the Billie Holiday Theatre Production of Jackie Alexander’s play, “Brothers From The Bottom.”

Viewers can see Mambo on the new Netflix drama, “Hit & Run.” He plays an NYPD detective “searching for the truth behind his wife’s death and becomes caught up in a dangerous web of secrets…stretching from New York to Tel Aviv, Israel.” His character has a wry sense of humor and a level of nonchalance.

Mambo encourages avid TV-watchers and suspense lovers to check out “Hit & Run.” “It is a thoughtful and well-crafted mystery,” he said. “It unfolds and keeps changing direction—precisely the kind of shows I like to watch. The performances and the writing are fantastic, and it looks incredible.”

The Netflix star also delved deeper into Detective Newkirk’s on-screen character and joy in portraying him. “Playing Detective Newkirk [is] a lot of fun. He is very focused. I found that singular thinking is an excellent place to put our audience for part of the ride as we uncover the truth,” Mambo stated.

Soon, actor Kevin Mambo hopes to be a part of shooting projects. But, for now, he continues to gain inspiration from reading books. Mambo continues to work on music as well. His final tip for upcoming or aspiring (Black) actors is to “be diligent. Write your stuff. Be honest. Be silent sometimes and prepared for a long road.”

Subscribe to the ENSPIRE Magazine Newsletter to get updates on the latest Entertainment and Community News and information on the upcoming “Be-Well” Print edition.