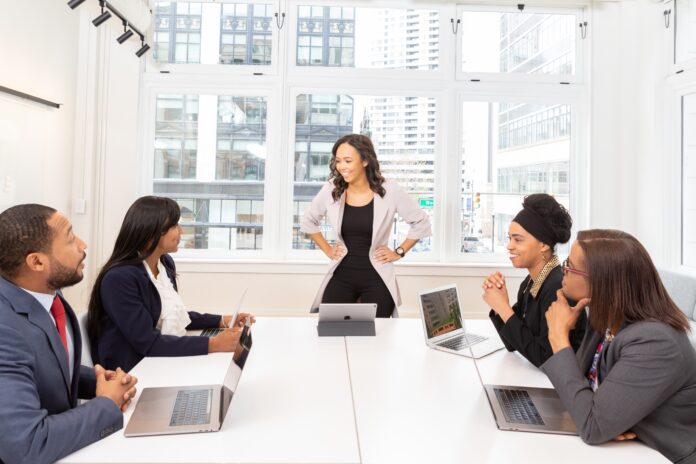 Many students in school and employees in the workplace struggle with one skill–being assertive. This is sometimes the result of shyness, being an introvert, or lacking confidence. Back in my school days, this wasn’t the case. My peers struggled to be assertive because they didn’t want to appear bossy or get someone in trouble (which made group projects even MORE annoying). Because of this, I often took on the assertive role to address lazy team members…which included appointed team leaders. While being assertive isn’t a fun experience, a team must move forward with assigned tasks.

When my team had lazy team members, our projects were delayed, lazy team members didn’t show, and stressed team members complained. When I became assertive, instead of waiting for someone else to take action, tasks were completed in a timely matter. If I had remained, other team members would’ve continued to complain while no progress was made.

Staying silent causes everyone to fall behind and prevents slackers from improving. I can’t tell you how often I’ve witnessed my peers take on additional tasks because the slacker didn’t finish by the deadline. This caused a lot of unnecessary stress, and the slacker reaped the benefits of the project’s completion. Besides this, completing the work for someone else teaches them absolutely nothing. Making excuses for slackers and willingly completing their tasks shows their actions are acceptable.

People commonly wait for others to act when issues arise. But others might be just as hesitant as you are. It’s best to catch the problems like this early to meet deadlines. Don’t be afraid to be assertive to ensure someone owns up to their responsibilities. Talk to people privately and ask what’s keeping them from doing their job. Next, set a deadline that both you and the other person agree to. Third, make sure you follow up with people regularly. Last, if the slacker hasn’t provided an update, bring it to your teacher or boss’ attention.

I followed up multiple times in group projects (mainly if they ignored other team members who witnessed the slacker procrastinating or me). Slackers were annoyed by my follow-ups, but assertive often got the job done. In the times where slackers didn’t follow through, I didn’t hesitate in bringing it to my instructor’s attention. I never enjoyed going this route, but I knew it wasn’t fair to my team members and me to take the fall for someone else’s shortcomings.

Being assertive isn’t bad unless you’re being unreasonable. It’s one of the many skills employers look for in their candidates to get the work done. If you’re dedicated to a task and putting in the hard work, you shouldn’t allow anyone to impede that. You can be firm without making someone feel less than you. When you are assertive, you show others your boundaries and stand for what’s right. Remember to be confident and don’t settle for excuses.

Another article you may enjoy: KidVestors Invest in the Future of Public School Finance Education