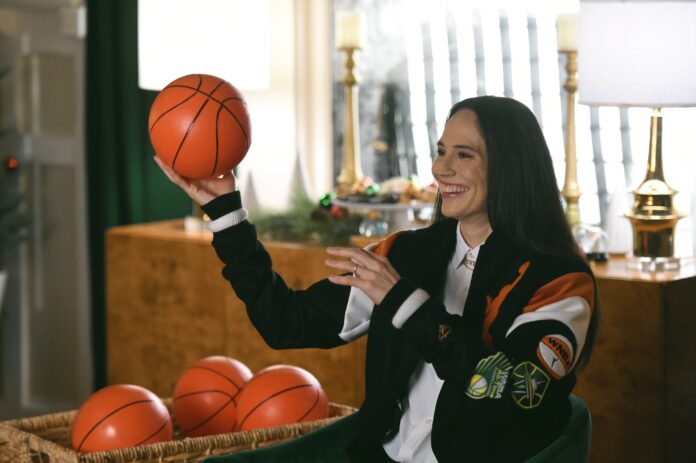 In honor of its 75th anniversary, the NBA has been creating a variety of content pieces to celebrate its history and the players who have made it so special. This campaign has taken the shape of NBA Lane, which has already made a few pieces that celebrate NBA legends. Recently, it created the “Family Dinner on NBA Lane” spot, which is now streaming across @NBA social platforms and on NBA.com/75 to help build anticipation for the five games being played on Christmas day.

An important addition to the “Family Dinner on NBA Lane” is the presence of Sue Bird of the Seattle Storm, whose presence demonstrates the WNBA’s inclusion within the modern NBA. The recognition is important for the WNBA, and Sue Bird’s resume speaks for itself, with four WNBA Championships and five Olympic Gold Medals. She’s more than earned her spot at the table, so it’s nice to see her there.

Ultimately, the “Family Dinner on NBA Lane” spot, which features Billy Crystal, Quavo, Paul Gasol, Sue Bird, Dominique Wilkins, mascots, and superfans with connections to all 10 teams playing on Christmas Day, is narrated by Emmy and Golden Globe-nominated actor and host Anthony Anderson. As they prepare to spend the day with NBA, the crew has a holiday supper on NBA Lane.

As the league continues its 75th Anniversary Season celebration, NBA.com/75 will expand its content offerings next week to include a curated look at every member of the 75th Anniversary Team. It incorporates unique content from NBA TV, including videos of current NBA players and fellow NBA legends sharing stories about members of their teams. Hopefully, we will get to see more of Sue Bird and other WNBA legends as they share their contributions to NBA history.