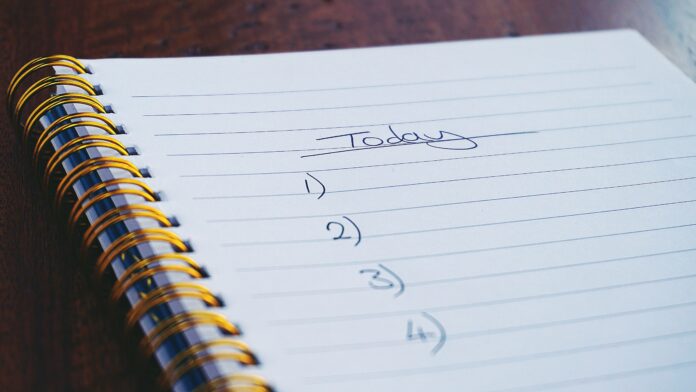 By a show of hands, how many of you know about the Zeigarnik effect? *Waits for response* Judging by the silence, I’m not the only one who learned an unfamiliar word. Simply Psychology states the Zeigarnik effect remembers incomplete tasks rather than completed ones. Russian psychologist Bluma Zeigarnik first discovered it in 1927. While in a cafe, she observed how servers remembered incomplete orders and quickly forgot delivered orders.

Ok, your history lesson on the Zeigarnik effect is over. While the terminology is unfamiliar to many of us, we all can resonate with the details, right? I know you’re nodding your head right now. We sketch out plans for the day, and we’re ready to tackle each thing on our list. But our plans are often interrupted by the unexpected. We get a phone call, noisy relatives break our concentration, we’re fatigued, and many other things. And when we don’t finish everything, the Zeigarnik effect kicks in. We feel defeated as we look at what we didn’t do, believing we wasted the day away. So we need to acknowledge tasks we checked off our lists because that’s an accomplishment.

Pulling yourself out of bed rather than being lazy is excellent. No matter how much you finished and how many challenges you faced, you did something. You proved that despite it all, you’re capable and dedicated. Remember that. Falling victim to the Zeigarnik effect causes anxiety, stress, and sometimes depression. We shouldn’t surrender our self-esteem and peace to anything and anyone.

The Zeigarnik effect is something I struggle with sometimes (especially when I’m trying to write something). If my goal is to write 350 words and only write 100 words that day, it irks me. Even if I move on to something else and complete it, guess where my mind is. Recently, I’ve tried to analyze what I finished despite feeling tired or getting distracted. While the list of checked-off items might be small, I did it, and that’s important. A challenge is a challenge… period. There’s nothing wrong with desiring to be productive, but life is unpredictable.

We all experience slow days, and sometimes we get overwhelmed. It’s one factor of being human. Don’t let the Zeigarnik effect tell you you’re not good enough or that what you finished isn’t enough. Instead, create a separate list that shows everything you complete each day if you need to. It’ll help you to stay mentally healthy. Life is too short to waste worrying about the undone. Instead, give the Zeigarnik effect the boot, relax, and enjoy the people around you. When certain things are outside our control, we can’t allow them to interfere with our success.