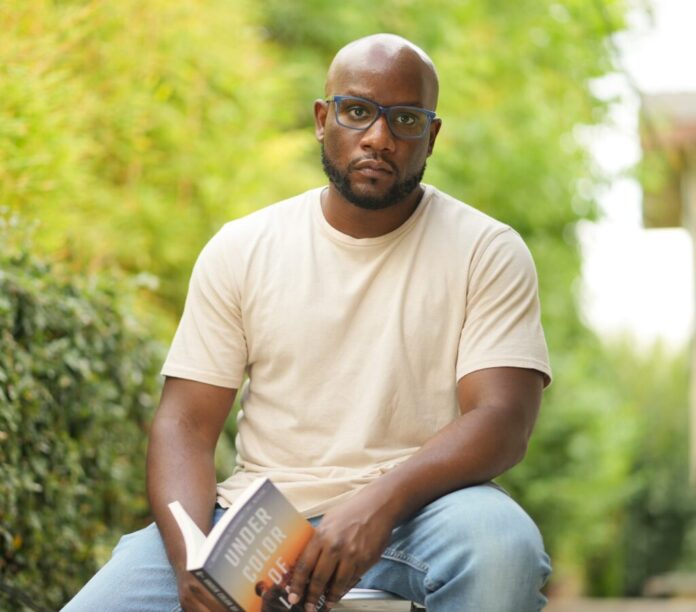 Former LAPD officer turned author and screenwriter Aaron Philip Clark uses his experiences as an African-American policeman as inspiration for his newest novel Under Color of Law. Diving into themes of police brutality and racial biases, this book engages with the issues surrounding the law enforcement system through a crime fiction narrative.

Under Color of Law is a murder mystery in which a Black rookie cop must navigate a series of obstacles involving racial injustice, police brutality, power, and more. With the intention of sparking a conversation about police accountability, Clark writes to evaluate the many issues of the American justice system. Under Color of Law has recently been chosen by Book Pipeline for a book-to-screen adaptation, so audiences can expect to see more of Clark’s work in the future.

ENSPIRE talked to Aaron Philip Clark about his upcoming projects and work.

With rising distrust of police officers, especially in the wake of the Black Lives Matter movement and responses to police brutality, how do you approach being a Black author writing about a Black police officer?

I write from a place of great admiration for black law enforcement officers that uphold their mandate to serve the community with integrity. I also don’t shy away from the reality of the need for reform.

My goal as a writer is to be truthful and equitable when writing stories that feature police of all ethnic backgrounds. I think it’s disingenuous to mythologize police as always valiant, but I know some individual officers are dedicated to improving and safeguarding the community. One of the inherent conflicts is that an officer, no matter what they believe, is part of a department and must adhere to how it operates. One of the themes in my work is showing how decades of departmental bureaucracy, politics, poor leadership, and antiquated training has led to many of the systemic issues we see today.

Because you tackle such heavy topics, what do you do to avoid falling into a bad headspace? Or: how do you take care of your own mental health while writing about these subjects?

I prioritize my mental health, especially when working on an emotionally taxing story. One of the ways I decompressed while writing Under Color of Law was exercise and hiking. A luxury of living in Southern California is that the weather allows for spending time comfortably outdoors year-round. I hike at least twice a week. Sometimes I’ll think about the story I’m writing, and other times I listen to music and meditate.

How have your own life experiences influenced your writing and screenwriting careers?

Under Color of Law was inspired by my time as a recruit in the Los Angeles Police Academy. While it’s not a memoir, I leaned heavily on my training to infuse the novel with authenticity. Much of my fiction begins with life experiences that lay the foundation for the narratives.

What has been the biggest struggle in your writing career, whether it be during the writing process or while publishing?

I can’t say there have been major struggles outside of what many writers have gone through, especially in publishing stories that feature characters of color. While diversity and inclusion are improving in publishing, there’s still much work to be done. As a Black author whose work reflects social issues, my agent and I have to be strategic about the editors we pitch novels to. It’s important to work with editors who understand the work and will be behind it one-hundred percent. Even when it comes to a publisher marketing the book, it’s important to be sure everyone is on one accord and can really champion the book.

What are your biggest hopes for the upcoming adaptation of Under Color of Law?

As the winner of the 2021 Book Pipeline Adaptation contest, I’ll be working on a TV adaptation of the novel. While I know the series will veer from the novel, I want to remain true to the characters as much as possible.

Can you tell us any news about the adaptation: what format it will take, what it might look like?

I’ve recently written the pilot for a TV adaptation of Under Color of Law. I’m working with the team at Book Pipeline to get the pilot in front of studio executives. Things are starting to align, and hopefully, we’ll see Trevor Finnegan solving crimes on a network or streaming service soon.

Readers can be confident that Aaron Philip Clark approaches his subject matter with care and diligence, despite its heavy nature. Using his unique life experiences as a Black police officer and writer, Clark can construct stories that are equally unique and compelling.

Related Articles: Multi-Talented Y’Anna Crawley Releases EP This is Me