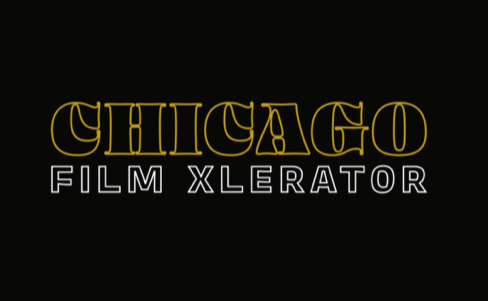 Troy Pryor is a creative producer, coach, and speaker who’s dedicated to highlighting artistry from undiscovered and diverse individuals. He’s the founder of entertainment brands Creative Cypher and Pryor Holdings, which encourage contributions to the TV/film industry from Black and Brown people. Through Creative Cypher, a one-stop entertainment company, The Chicago XLerator Program was born. The Source states this program is “a content lab dedicated to discovering fresh BIPOC talent and expanding the entertainment industry’s creative pipeline.” It comprises executive mentors from well-known companies such as Netflix, BET, HBOMax, and much more.

On January 19, 2022, the organization announced its third cycle winner, Kimberly Michelle Vaughn, and her project Hindsight. She was awarded $50k to go towards her project and a chance to collaborate with executives from established organizations. They will assist her with producing and streamlining her film for others to watch. After a successful third cycle, Troy Pryor and his team are launching a new one with awesome mentors and will extend into 6 additional markets. This includes Atlanta, Milwaukee, Miami, London, Puerto Rico, and LA.

The Chicago XLerator Program has caught the attention of executives in the film and TV industry including Jaleel White (Actor and Producer), Lamorne Morris (Actor and Producer “Woke”), Tiffany Williams (EVP of Development BET), and others. Troy Pryor has extensive experience in film and theatre, which showed him the lack of diversity in these areas. He advocates for connecting people of color to media platforms to progress their careers. His continued efforts are making a major impact in Chicago’s film and TV industries.

Chicago native Troy Pryor has accumulated much experience over the years. His work both on and off-screen led to collaborations with platforms such as TV One, Warner Brothers, and Aspire TV. He also served as a mentor for President Barack Obama’s White House project “Call to Arts initiative.” Besides this, he’s also partnered with Oscar and Grammy-winning artists and their foundations.

Some of these foundations include Kanye West’s Donda’s House organization and Common’s Common Ground Foundation. Pryor has been recognized for Chicago Scholars 35 Unde 35, Black Enterprise TCX Fellow, Ariel Investments/WVON 40 Game Changer, and other accolades. He’s focused on making a positive impact and inspiring others to do the same.

Troy Pryor believes that for authentic stories to be told, we must fight for diverse voices to be heard and give them platforms to do so. This ‌inspired him to create his entertainment brands, which continue to flourish today. He shows us the importance of using our gifts to help others move forward. In order for change to take place, it first starts with us.

Another article you might enjoy: Filmmaker Jessica B. Smith Releases “Elle Rose” on Amazon Prime