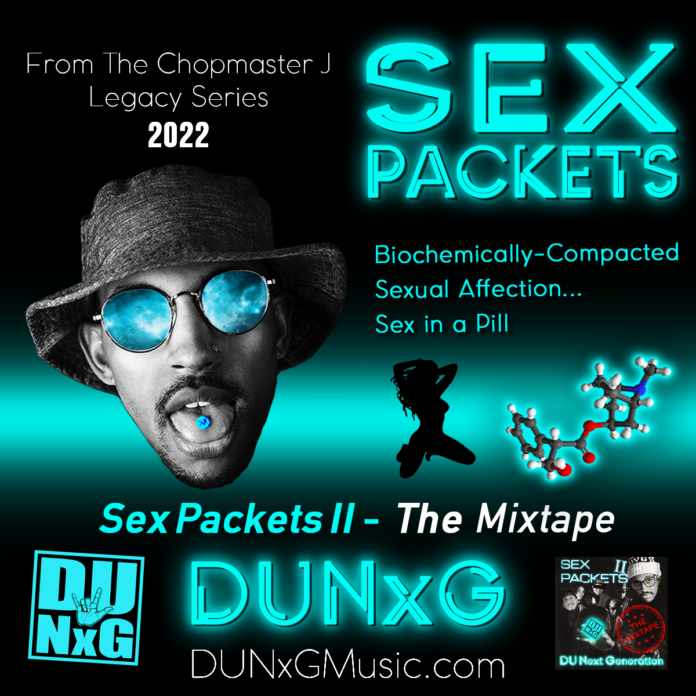 In Los Angeles, California, Digital Underground co-founder and drummer, Jimi “Chopmaster J” Dright, paid tribute to former bandmate and D.U. co-founder, Gregory Edward Jacobs, better known worldwide as Shock G aka Humpty Hump, on the one-year anniversary of his passing, April 22. DUNxG, spearheaded by Dright’s son, composer, producer, emcee, and SOTU (Son Of The Underground) is releasing a mixtape entitled “Sex Packets II – The Mixtape.” This is an homage to the innovative 1990 original debut album “Sex Packets.” The free downloadable mixtape and free limited NFT for the first 2000 who sign up to be down with the Underground are available at Dunxgmusic.com.

“Sex Packets,” the debut studio album of the hip hop and pop sensation Digital Underground, was originally released in 1990. In 1998, the album was selected as one of The Source Magazine’s “100 Best Rap Albums Ever.” “Sex Packets II -The Mixtape” gives recognition to the 32-year-old classic with whimsical renditions and new sex-laced, funk-filled, cosmically tinged offerings.

“I was concerned with not seeing Shock properly celebrated and acknowledged so we wanted to do our part. He was a brilliant musical genius that I shared creative space with,” cites Chopmaster J. “It still blows my mind that it’s been 32 years since we envisioned a classic that was nominated for both the Grammy and American Music Awards. The Next Generation of D.U. puts a new spin on our old classic that does not disappoint. The new iteration of D.U. is a departure from any D.U. line-up of the past with new bandmate MEGA, but there’s also a cameo by D.U. alumni, Money B. As our most legendary band member Tupac always said, “you either evolve or become irrelevant and evolution is our only quest.”

“Not many new artists get to launch their careers in the footsteps of legacy,” adds SOTU. “I’ve got D.U. in my DNA! While ‘Sex Packets II – The Mixtape’ sets it off for DUNxG, we are dropping our debut album, “EVOLUTION” on June 10. The single “MOVE” from that project, is out now on all streaming platforms. The D.U. lives!”

“Sex Packets II – The Mixtape” is the first of many releases from the Chopmaster J Legacy Series. It includes a body of work featuring such acts as Dave Hollister and George Clinton to name a few.

Listen to the “Sex Packets II -The Mixtape” on SoundCloud

Watch the music video for “Step Up,” DUNxG’s new spin on an old classic off their tribute mixtape “Sex Packets II – The Mixtape” here.