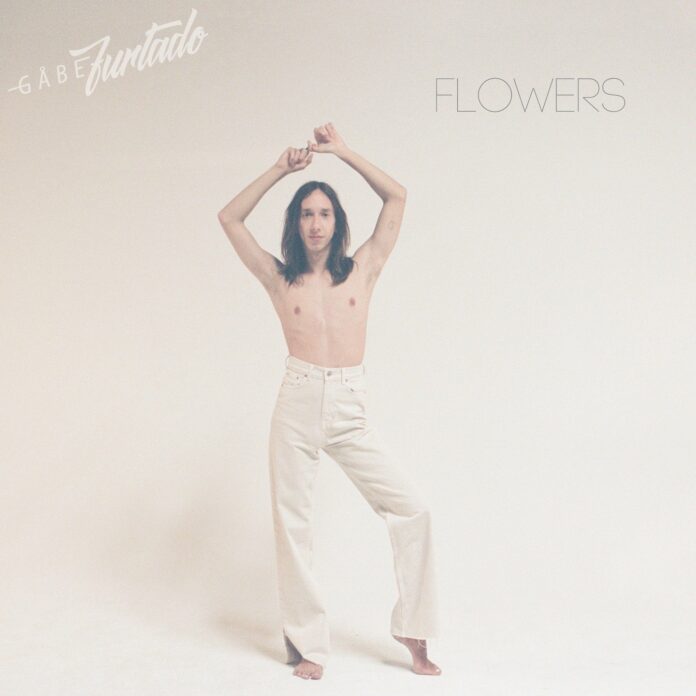 Gabe Furtado, an LGBTQ activist, singer-songwriter, director, and producer has released a new debut single called “Flowers.” His song and music represent self-acceptance and love through his lyrics which act as a love letter to himself. His melodies are upbeat and packed with rhythm, which makes the listener want to dance.

After his father passed away, he soon adopted the mindset of living life to the fullest and with the best intentions. He dropped out of college when he was studying journalism to focus on his genuine passion, which was music. His career began taking off in 2014 when he released cover songs, and in 2017, he released his first professional EP titled “Just Feelings.” Along the way, he has faced many challenges when it comes to releasing his first album. But through it all, he has remained true to himself and doing what he loves.

Furtado says about his song, “I feel so honored to be giving life to Flowers. The song and album talk about love, uniqueness, passion, faith, romance, and duality.” All of this rings true when the song is played. It’s hard not to smile and get up and dance or sing along. Furtado states “everything I have accomplished in life is because I am blessed, I believe in myself, and because I have amazing people in my life supporting me the way they’re able to.”

For Furtado, he’s been most proud of being able to give life to his new album Flowers. His excitement is clear when he speaks passionately about the music he created. “Flowers is my favorite song in the universe, and the entire album, every single detail, is filled with so much love and passion that I feel really blessed about it all. I’m really grateful for this Flowers era.”

His inspiring journey to leave school and chase what he was truly passionate about was no easy task. His advice is simple: take it one step at a time. But it’s more than that, it’s really trying to know who you are and what you’re passionate about. Gabe advises, “Be aware of what you really want to accomplish in life. When you know what you want, you also start knowing which actions will lead you closer to your goal and which ones will not. Choose wisely. If you take a tiny step closer, it’s already enough. One day you’ll get there!”

His parents were the ones who really wanted him to get a college degree. He knew it was only because of them that he was attending college. When his dad passed away, he says “I had almost, like, nine months of numbness, a time I was really grieving and just going through life doing the best I could with all those new changes happening out of a sudden. And that’s when it clicked! Life is too short for me not to live my dream. So I released my first professional EP and started my music career officially. It all led me to release my debut single “Last Goodbye” months later, which is me singing about my dad’s passing. And here we are today!”

He, like many of us, is still trying to keep learning more about himself, his passions, and what he wants out of life. During this time, he has learned a lot about himself while writing and performing music. “I’m in constant development, I’m always evolving and I’m a really complex being. Life changes all the time and I can always count on myself. I’ve also learned that I can sing the same song a hundred times and still feel every single word of it like it was the first time. And I also can change its meaning and have a unique interpretation of it if I feel like it! I just have fun with it! Music for me is really therapeutic. I feel safe expressing my feelings when I sing on stage.”

There have been many challenges along the way, and yet, Gabe has persevered through it all. His biggest challenge was how he almost didn’t release his first album and says “I really had to be ok with the thought of not releasing it and even though that was a possibility, I knew I eventually would release an entire album.” But at the end of the day, it all worked out because of his enduring nature and his persistence.

He says “I had to be really patient with myself and with the entire process of allowing things to happen when it’s time for them to happen. But I saw everything has its perfect timing to happen, even when we don’t completely understand it. I believe that if we really want something, this something is already ours. We just gotta remember that it’s queued up for us and when it’s time, it’ll be with us. I mean, since I was a little kid I had this dream of becoming this iconic artist that I’ve become. So truly, everything is possible. Believe!”

When he reflects on his younger self and all that he has gone through, he knows he ended up where he should be. Through all the challenges, he has met people who changed him for the better and formed meaningful bonds with people he loves. His advice to his younger self parallels what everyone should keep telling themselves when they face a challenging decision: “You will truly love who you are and that’s the most precious thing ever. Keep on dreaming, keep on working on yourself and take it more seriously because it is indeed possible. So you can start right now if you want to! You can do it! You already have it all inside of you.”

Music has the power of healing. Furtado’s music is similar: “Flowers” emphasizes self-confidence, upliftment, and healing. Gabe’s optimism, positive mindset, and faith shine through his music. His songs remind people of his bravery in staying true to himself and his heart by going after what he is most passionate about, and in doing so, he inspires other people to do what they love, even if it seems impossible.

Gabe shows us that we can always put our heart into what we love, and that counts a lot. “I truly used to think that I needed so many different things for me to give life to my dreams, it ended up that I just really needed me. My focus, my determination, my faith, my discipline, and me respecting myself first! Because I just needed to push hard… Everything else will follow. But, I know that today this knowledge acquired was because of all that I went through, so I accept where I am today and I am grateful for where and who I am now.”