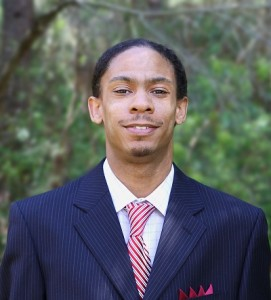 In 1995, Atlanta, Georgia native Tyrone Brooks Jr. became the founder of SuperB Music Inc, a production company he started prior to the surge of the Atlanta music scene. He was a rap artist named “SuperTy” in a group called SuperB, while simultaneously a savvy businessman who had other rappers working for him. During his brief but successful career, he toured with legendary acts like Outkast, Master P, Goodie Mob, and Ludacris. In 2001, he had a top 10 hit on the Billboard charts.

Fast forward to 2022, and the forty-four-year-old Brooks is a candidate for Lieutenant Governor for the State of Georgia. It may seem like a drastic leap, but Brooks Jr. has been involved in political and social justice work dating all the way back to his childhood. Brooks Jr. is the son of Civil Rights champion and Georgia State Representative Tyrone Brooks, who was an aide to Dr. Martin Luther King and was mentored by historic figures Hosea Williams and Ralph David Abernathy. At age 5, Brooks Jr. walked the halls of the Southern Christian Leadership Conference and the State Capitol soaking up their rich history.

As a young adult, he was a Congressional Aide for 10 years alongside his father, watching hundreds of bills become law. He participated in marches and learned how to listen to the needs of the people. In 2016, he began working for the City of Atlanta’s Office of Resilience and to this day leads the My Brother’s Keeper Initiative for the City of Atlanta. He has led the Youth Entrepreneurship Program and the Men to Mentors Initiative.

Brooks Jr. understands the needs of underserved and rural communities. He intends to leverage Atlanta’s status as an entertainment capital with his Billion Dollar Plan to increase Georgia’s standing from the top ten largest U.S economies to a position among the top five. However, beyond Atlanta, Brooks Jr. wants to create opportunities nationwide for black entrepreneurs to prosper and leverage their $1.4 trillion dollars in buying power.

“The entertainment business pushed me into leadership early on. I incorporated my business at seventeen years old and created a business model where hundreds of thousands of dollars were rolling in,” he said. “I had to learn about taxes, investment, and depreciation. Then, after my music career, I started helping people to develop their business plans.”

Now, because of his unique upbringing in entertainment and public service, Brooks Jr. is prepared to not only make a change as a Lieutenant Governor for the State of Georgia, but to increase financial literacy among the poor and underserved, educate those in entertainment about how to leverage their musical talents into other business opportunities, and to bridge the gap between generations through education and important conversations.

In addition to everything he is working on, Brooks Jr. is also producing a documentary on his father, called Tyrone: The Story of An American Statesman, set for release in the Fall of this year. In making the film and interviewing prominent figures who worked with and knew his father, Brooks Jr. learned a lot about himself, and he understands why he is exactly where he stands today.

“The journey has been extremely illuminating, and I’ve learned so much about my parents that have given me even greater respect than I already had for them. My dad gave his life to the struggle, and my mom was like Corretta Scott King, always right there supporting him,” Brooks Jr. said. “My goal is to represent my family well, to make them proud, and to make a major impact in the community.”

To keep up with Tyrone Brooks Jr. click here

Cheryl Grace, An Executive Coach Empowering Women to Be Their Best...