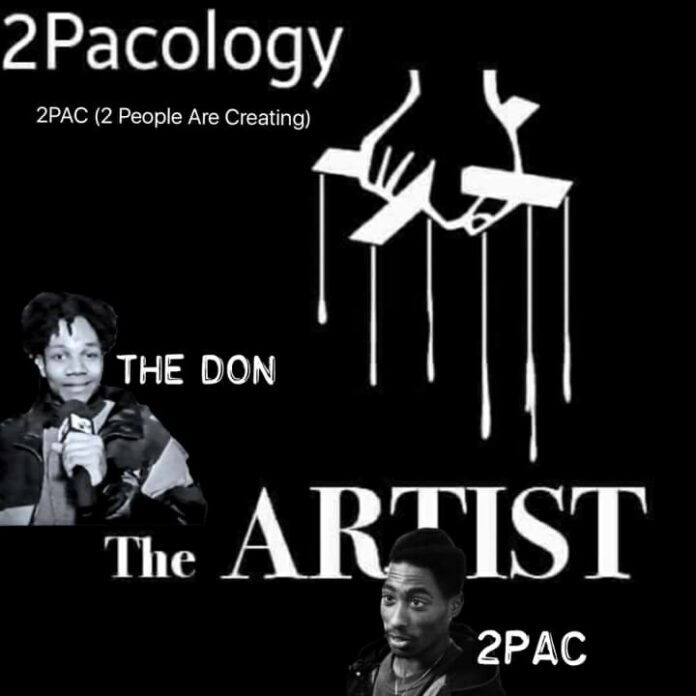 Donovan “The Don Killuminati” Henry, best known as Tupac Shakur’s artist development and image consultant coach, recently published the eBook 2PACOLOGY THE ARTIST. Henry worked as Tupac’s coach during his first six albums, including the one named after him, The Don Killuminati: The 7 Day Theory. In the book, The Don details marketing strategies that record labels keep secret and shares the roadmap to success that Tupac and other top-selling Hip-Hop artists of the 90s used to grow their platform. He aims to help budding artists transform into fruitful entrepreneurs in the music industry.

One secret that The Don reveals in his tell-all book regards Tupac’s stage name, 2PAC. The acronym stands for “2 People Are Creating,” which symbolizes the partnership between Tupac and The Don. The two met in 1989 as teenagers, both on the search for fame. Tupac was a dancer and roadie for Digital Underground, a Hip-Hop group. Tupac saw the impressive work that The Don was doing as LL Cool J’s dancer, choreographer, and image consultant, and decided to hire him. Tupac’s goal in working with The Don was to have him develop a five-year plan for making the rapper the G.O.A.T., or greatest of all time. The Don could achieve this and much more.

He has worked for over 30 years in the music industry, including as the producer for several platinum-recording artists, movies, commercials, and television shows. When working with Tupac, he and the rapper agreed to certain conditions. The first was that Tupac was not to mention The Don in credits or interviews to allow him to remain anonymous and move in silence. The second condition was that half of The Don’s earnings would go towards a foundation for inner-city kids. His compassion for others likely stems from his own experiences.

The Don did not always have it easy. Growing up, he faced abuse from his mother and alcoholic father. Motivated by vengeance, he left home and shot his shot in the world of music. As a twist of fate, The Don crossed paths with Tupac, and together they could change the music industry forever.

Despite the hardships that The Don has faced, he was able to make a successful career for both himself and some of the most famous rappers in the industry. To read about how he made this possible, check out his eBook 2PACOLOGY THE ARTIST, available at Barnes and Noble. The Don is also available for workshops, book readings, and lectures.

Paramore Releases New Song, “This Is Why”