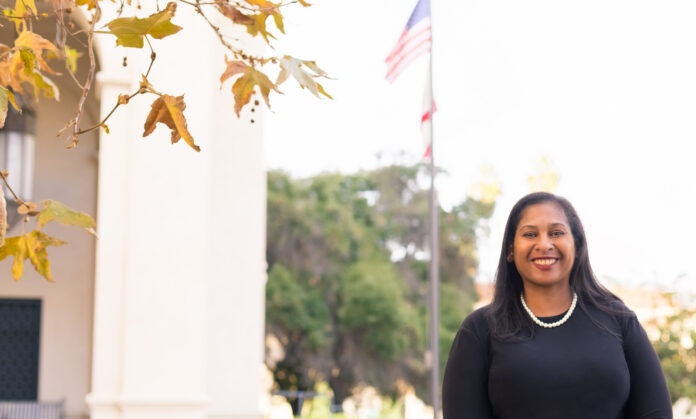 California’s Sherri Onica Valle Cole has had a long and successful political career and has recently taken the next step by running for the position of Los Angeles city attorney. If elected, she would become the first Black, first Latinx, and first woman to hold the position. Her campaign focuses on reform of the criminal justice system, environmental justice, homelessness, mental health, and much more.

In her long career in criminal justice, Sherri Onica Valle Cole has stood up against corruption wherever it can be found. She has worked as a criminal prosecutor specializing in consumer fraud and workplace protection, has been a temporary judge for the Los Angeles Superior Court, and in every aspect of her career has been driven to end political and judicial corruption as well as deliver justice.

Recently, she spoke with ENSPIRE:

Tell us a little about yourself and your journey! How did you get started working in law? How did you know this was what you wanted to do?

I always wanted to be a lawyer. Perry Mason is my favorite fictional lawyer. My father asked me to apply to medical schools. I did it to appease him. I got into a great medical school at the University of California in San Diego. I chose to give it a try, but I ended up hating the program.

Upon completing the program after one year, I ran away from home to Los Angeles, got a full-tuition scholarship to Loyola Law School, and never looked back. I soon developed a passion for teaching. I became a substitute school teacher for Los Angeles Unified School District (LAUSD).

I left private practice and entered the Los Angeles City Attorney’s Office in 2002. In 2018, Mike Feuer fired me for insubordination. Now, he just dropped out of the Los Angeles mayoral race and is on the cusp of being indicted by the FBI for perjury and corruption. Karma is definitely something! It is my passion to defend tenants and homeowners from losing their housing. I work as a teacher by day to keep the school district open and I’m also running for Los Angeles City Attorney.

What have been the biggest moments in your career‌?

The biggest moments of my career have been my prosecutions of unlicensed attorneys and the 100+ victims that took part in the victim impact hearing. I love trial work!

What are some issues you feel most strongly about?

I am an active advocate for mental health, police brutality, excessive force, and issues pertaining to the unsheltered.

What would be the highest items on your priority list, should you be elected?

My highest priority would be to implement the removal of the mentally ill from our criminal justice system and our public streets. I want to remove barriers for the unsheltered to recover and find appropriate housing both temporary and permanent. As the LA City Attorney, I will fund and provide more efficient mental health services, including wrap-around services as needed.

If elected, you would be the first woman, first Black person, and first Latina to acquire the powerhouse seat. What does this mean to you? How important is representing these communities to you?

Change is coming and a brighter day for all Angelenos is on the way! I am the first African American candidate to ever grace the ballot. As a Mexican American, I am proud to be challenging the status quo with two other Latinas. It’s imperative to have a more diverse representation at the top to ensure minority communities are heard and seen.

What are some things people can do to support you?

Any donations, big or small, can go a long way! Check out my full story and make a donation via my website at www.Cole4Change.com. You can also join the campaign as a volunteer by making phone calls, participating in text banking, canvassing, and/or hosting a fundraiser event at your home or location.

With many Americans losing faith in the criminal justice system and with politicians, ‌it can be difficult to find candidates worth supporting. However, Cole works hard to make sure she represents the people of Los Angeles in the best way possible, and her 16-year-long career has shown her track record of fighting corruption, not contributing to it. With her hard work and love for the people and the city, she is striving to make the justice system a better place.

You can see more information here!

Related article: Journalist and Author Nallely Pimentel Informs and Advocates for Her Community