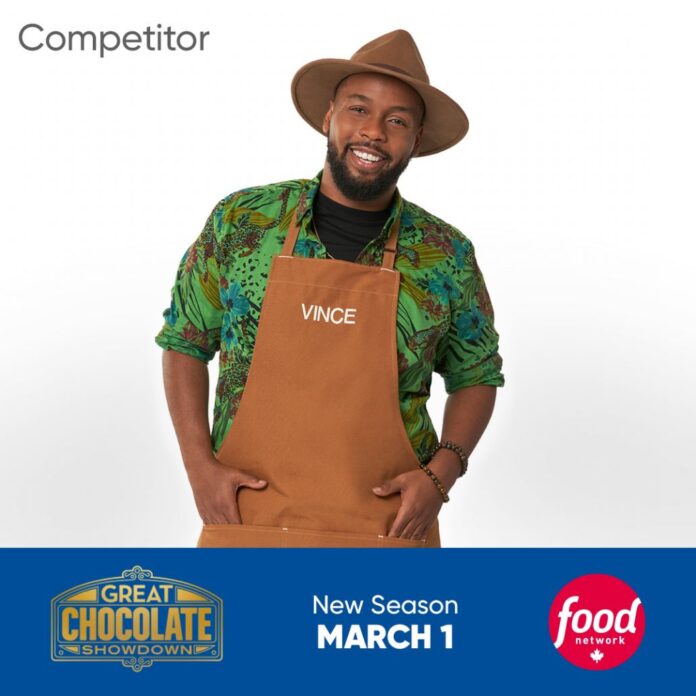 Vince Ashton, an entertainer, and entrepreneur is a man of many talents. His lifelong love for entertaining and food has secured him exciting opportunities in 2022. In March, Ashton had his television debut on Food Network Canada’s The Great Chocolate Showdown, where he competed for the title of “Great Chocolate Showdown Champion” and the prize of $50,000. His knack for baking also led him to create his own business, It’s A Cheesecake, in 2017.

Memorable moments in Ashton’s entertainment career include performing for the former First Lady Michelle Obama, opening for Grammy Award Winning R&B songstress Monica, and performing as a recurring actor and dancer on the hit YouTube show “Face the Music.” Ashton was also recently named as the official host of all the festivities in the city of College Park, Georgia.

ENSPIRE spoke with Ashton about his career in entertainment and entrepreneurship:

Where did your passion for entertainment and baking come from?

I believe that my passion for both entertainment and baking came from my ability to be creative – my ability to be expressive and fearless through music, art, and food. In these avenues, I make my own rules, recipes, and discoveries…It’s a space like no other.

What was it like to compete in The Great Chocolate Showdown?

Competing on The Great Chocolate Showdown was an exhilarating experience – the best example of an emotional roller coaster. I experienced so many emotions, triumphs, and trials in the short span of time that we filmed…it was so surreal. Not only that but also my skill set vastly expanded in the kitchen. Being able to bake things ‌I didn’t even know existed on the planet was absolutely mind-blowing‌. Last, my fellow competitors, who are now family members at this point…The cast was so diverse, humble, comical, and passionate…I wouldn’t have traded this for the world!

What inspired you to create your business It’s A Cheesecake?

A 60-second Facebook recipe on how to make an Oreo cheesecake definitely planted the seed. However, my close friends and family members really were the icing on the cake. I had no experience as a baker and on the fly, I created about 10 cheesecake flavors in less than a month. My friends were there every step of the way by tasting the flavors, giving input, helping me with the creative direction in the business, and boom… It’s A Cheesecake by Vince Ashton was born!

What was it like performing for Michelle Obama? What was the performance for?

Wow! Performing for First Lady Michelle Obama was another surreal experience. Even to this day, just talking about it makes me immediately go back to the countless rehearsals, sound checks, and walkthroughs we had to do to make sure the performance was perfect. Even though my friends and I opened the show in a three-minute GLEE mash-up routine/song…it felt like we put on a whole concert! The performance was for her “Let’s Move” – Fight Against Childhood Obesity Tour.

Are there any future opportunities that you’re excited about?

I am incredibly excited about making my music available on streaming services this summer. Although I enjoy being a renaissance man and believe in making every passion into a paycheck, music, and artistry are my first love. Stay tuned!!!

Ashton’s vibrant personality and knack for performing have provided him with the opportunity to step under the spotlight and showcase his talents. Watch him compete on the U.S. installment of The Great Chocolate Showdown, which will air on the CW Network in future months, and check out his company It’s A Cheesecake here.