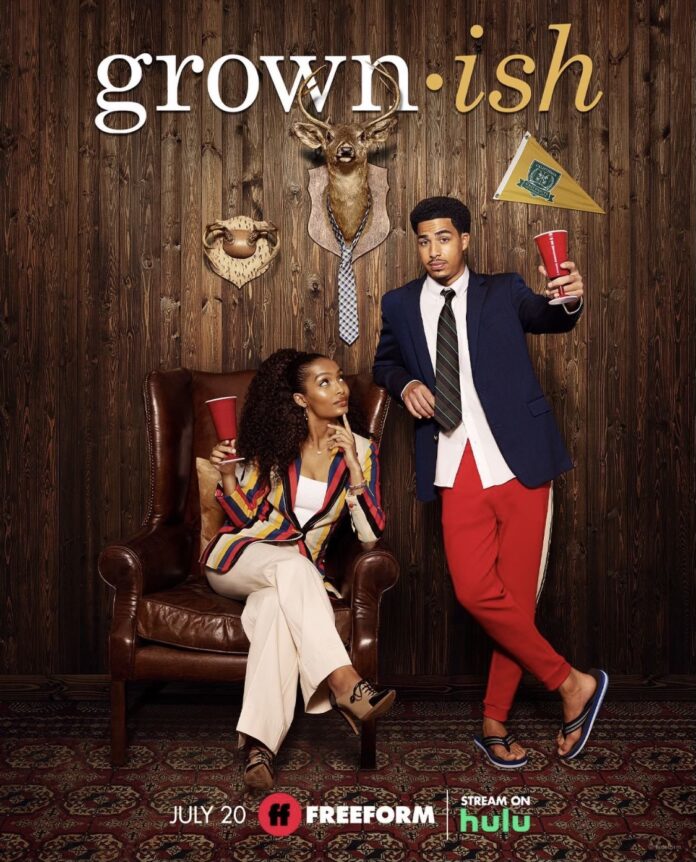 Freeform discloses Season 5 of ‘Grown-ish’ with a sneak peek trailer released on July 6. This season will feature more laughs and entertainment to come with the return of the original characters such as Trevor Jackson, Yara Shahidi, Diggy Simmons, and some newcomers.

After being released in 2018, “Grown-ish” became a popular American sitcom. ‘Grown-ish’ is the byproduct of the series ‘Black-ish,’ which is about a successful Black man, Andre Johnson, living in a high-class neighborhood who questions that his success has brought too much stress on his family to fit in. In “Grown-sh’ there is a twist where now the focus is on Johnson’s eldest daughter, Zoey Johnson, as she enters the real world with her new journey, college.

As the show navigated Zoey’s life through graduation, she has now graduated from the California University of Liberal Arts, featured in the Season 4 finale. Now with a new season, one of the Johnson siblings has joined Cal U. Zoey’s brother, Andre Johnson Jr., has now entered a new chapter in his life and must learn how to navigate college just like his sister did.

As the show will now feature Andre’s life, it will also display how Zoey and her friends will navigate the world in the real world post-grad. Along with the original cast, the series will feature new faces such as Matthew Sato, Tara Raani, Justine Skye, Amelie Zilber, and many others.

Season 5 of ‘Grown-ish’ will premiere on Wednesday, July 20th, and will be available on Hulu. Check out the trailer: