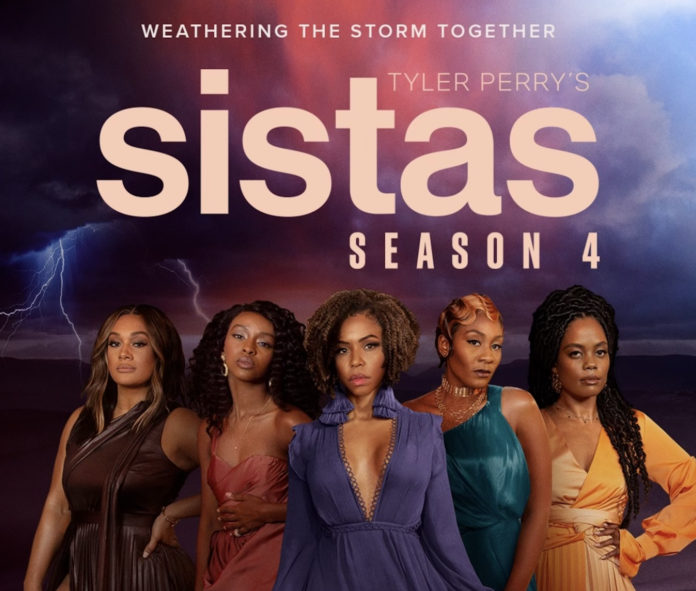 BET+ has released a new episode of ‘Sistas,’ written, directed, and produced by Tyler Perry, which follows a group of Black women who deal with daily challenges such as friendships, careers, and romances. The show features multiple actors such as Ebony Obsidian, KJ Smith, Mignon Von, and Novi Brown.

The series follows four Black women who all have completely different lives but come together to experience the same challenges in their lives and work through obstacles together. Andi Barnes is featured in the series, a hardworking divorce lawyer, and Danni King is a comical airplane employee. The two other characters are Karen Mott, a witty hair salon owner, and Sabrina Hollins, a fashionable bank teller.

In episode 17, ‘Some Sort Of Women,’ the series members deal with the ups and downs of relationships and employment. Karen’s commitment level causes conflicts with her partner, Aaron. At the same time, Andi and Robin’s relationship begins to spice up at their jobs and even outside the office. Also, two other characters, Zac and Fatima, receive some concerning news about his release from jail.

While watching this show, viewers’ will feel all types of emotions as a group of strong women navigate their independent lives. New episodes of ‘Sista’ are released every Wednesday at 9 p.m. on BET+ and you can check them out here.