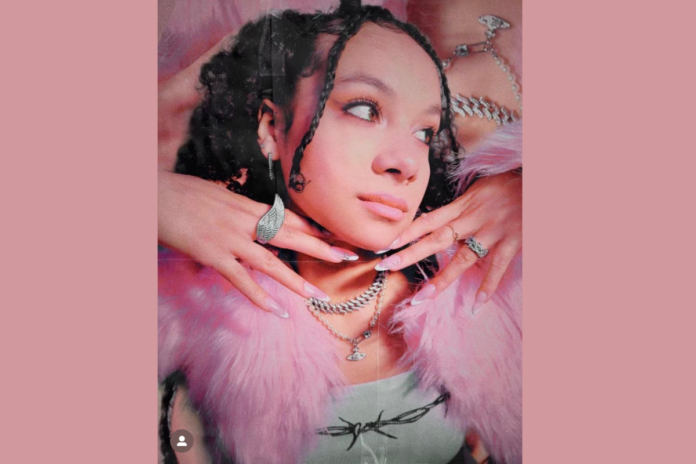 Kayden Muller-Janssen is a 20-year-old with a background in art, performance, and singing. She grew up in horse country Florida and was raised by two Dutch parents. Her career started off at a young age and soon brought her opportunities. Kayden was inspired by music icons Christina Aguilera, Brittney Spears, and Amy Winehouse and by acting in shows like Hannah Montana and Catch the Kid. She started acting herself in public stage plays, and at the age of ten, Kayden went to Lake Worth Beach, Florida, where she learned to perform songs.

Now, Kayden is living her dream as an actress and performing artist. She recently released her single “No Maybe,” which derives from a past romantic crush at the age of thirteen. Her newest single “Crave” was released on July 22. Kayden also starred as neighbor friend Hartley in the Disney Channel show The Villains of Valley View, which debuted on June 3. Although she sent her audition tape in late, her striking performance got her this new role. This supervillain show was her step to stardom.

ENSPIRE asked Kayden Muller-Janssen some questions about her career and her passions.

You just released a new song “Crave” What other song ideas do you have for the future?

I always write songs “in the moment,” so my song ideas come to me depending on my experiences and feelings. For instance, I wrote “Crave” a few years ago about a relationship I never really got closure on. When I met with my producer Dustin Atlas to record “Crave,” I had a melody in mind, but I really wanted to make something fun yet still have a message behind it.

Dustin and I work well together, and Dustin really helped me expand on the song. Writing and singing in a recording session is such a freeing feeling to just belt your heart out and I use how I’m feeling to turn that into lyrics and melodies.

How was it working with Disney for The Villians of Valley View? Will you tell us about a day on set?

Being a Disney kid growing up, it was surreal walking onto the set for the first time. Every day for the longest time, I would have a pinch-me moment or expect to wake up out of this dream! Everyone on set was so nice and supportive. We all became like family! I learned so much from every single person I met on set, and I am so beyond grateful that I got to have this opportunity on such an amazing show.

Each day was always different on set, but most of the time, we got there at 8 am in the morning, would hang out for a bit, eat some breakfast, and go rehearse the scenes we had for the next episode until lunch. Then we would maybe do a bit more rehearsing until we did a network run-through. The next week, we would shoot the episode!  It was always such a fun time, and to be honest, if I wasn’t working, you could always find me at crafty (food area).

What impact do you want your career to have on the youth of today?

My main message to anyone I ever meet is just always yourself! There were so many years I was hiding myself as a kid, too scared to break out and be myself because of what others would look at or say about me. Then I grew up and realized if you are happy with yourself and who you are as a person, it shouldn’t matter what anyone else thinks. That’s all that matters. Thankfully, I had a very supportive family and a great little friend group that has had my back for years now. With my new platform, I want to share that love, strength, and support with anyone else who’s willing to take it!

You can join Kayden Muller-Janssen’s movement of support and positivity by visiting her website or following her on Facebook, Instagram, TikTok, and Twitter. Listen to Kayden’s new singles and get ready for her new EP that will drop in October. You can find all of Kayden’s music on Amazon Music, Apple Music, Spotify, and YouTube. Watch “No Maybe” below now!