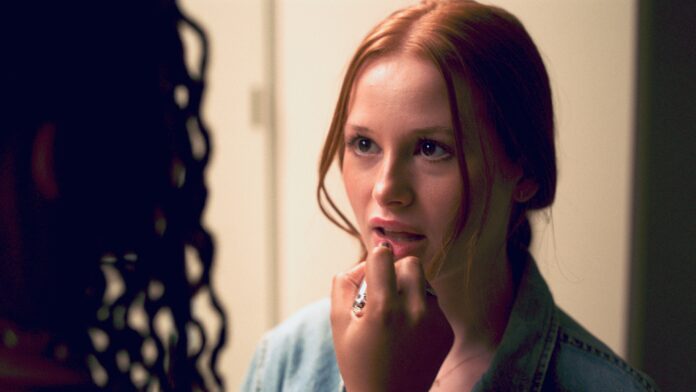 After production suspension because of COVID-19, the long-anticipated trailer for the latest thriller film “Jane” was released on August 4.

The film is directed by Sabrina Jaglom and features stars such as Madelaine Petsch, Chloe Bailey, and Melissa Leo.

The trailer was posted to Petsch’s YouTube account as she expressed her excitement to finally be releasing this two-year project that she calls “her baby”.

The film is about a high school senior, Olivia (played by Petsch), who is struggling with grief after the recent loss of her friend, Jane.

In the trailer we see Olivia log in to her old friend’s social media account, but things take a turn when mysterious posts start coming from “Jane”.

To regain control of her life, Olivia embarks on a “social-media fueled” rampage against those who stand in her way of success.

As things escalate, Olivia is forced to confront and embrace her impulses in order to get ahead.

“Jane” is set to release on August 26 and will be the second film produced by Creator+. The film will be available in select AMC Theaters.

Call Me Ace Tributes Video “Love Goals” to His Wife