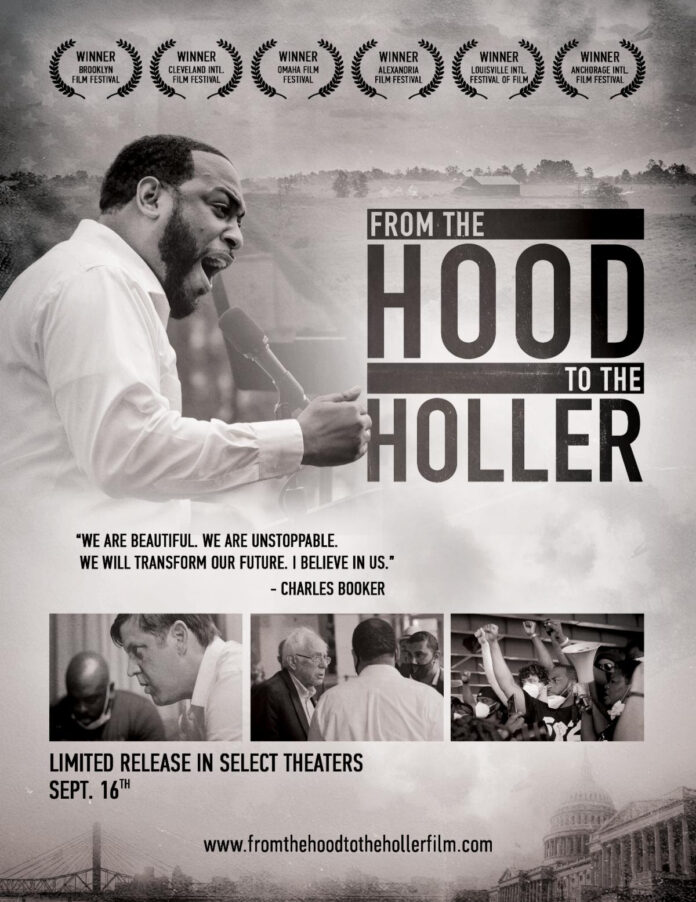 Produced by Terry Hahin, Adam Linkenhelt, Gregory Taylor, and McGee, “From the Hood to the Holler” recounts American politician Charles Booker’s inspirational campaign for a seat on the U.S Senate. The film documents Booker’s journey and demonstrates how he rewrote the political playbook by refusing to exploit divisions and spreading a message of unity and commonality instead.

The title of the film, “From the Holler to the Hood” represents Booker’s belief that every individual is intrinsically valuable no matter their background or where they reside; whether you are from the city “hood” — like Booker — or the Appalachian “holler,” Booker insists that no one be treated like they are invisible or voiceless.

While Booker entered the U.S Senate primary with the noble desire to support Kentucky’s marginalized population and a powerful message, the state was still suffering from the Covid-19 crisis, which was further compounded by the systemic issues and racial inequities that were exposed after Beonna Taylor’s murder. Kentucky is also one of the poorest states in the nation and its population has some of the worst access to things like health care and education. What’s more, the current holder of the state’s U.S Senate seat, Mitch McConnell, was considered to be one of the most powerful and influential senators in the nation at the time.

The Democratic Party-affiliated politician certainly had his work cut out for him. However, Booker refused to buckle under pressure, and “From the Hood to the Hollers” documents his fearless race against the establishment-backed candidate, Amy McGrath in the state’s Democratic primary and follows him as he campaigns across the state and inspires change in every area of Kentucky.

“From the Hood to the Holler” has already won eight awards prior to its release, including Best Documentary and the 2022 Brooklyn Film Festival and Audience Choice at the 2022 Cleveland International Film Festival. The 102-minute picture was shown in selected cinemas in New York and Los Angeles last Tuesday (Sep. 16) and Pat McGee Picture will premier it on major streaming platforms on September 30.

To learn more about Charles Booker’s 2022 race against Rand Paul for U.S Senate, visit his website, and follow him on Instagram and Twitter. Text JOIN to 50551 to become an active part of this movement.

Watch the launch video for Booker’s “From the Hood to the Holler” movement Below!

Related Article: Recently Primaries Happened Across the Country. What are the Implications?

Get Your Copy of ENSPIRE’s Be Well Issue!

SchoolYard Rapper Griot B Uses Music to Teach About Racism