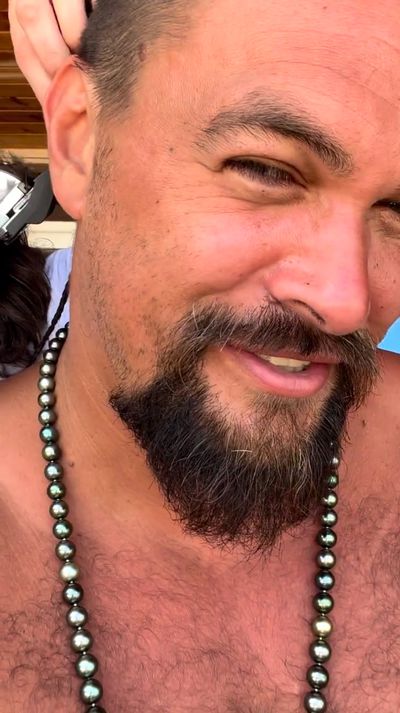 ( ENSPIRE Entertainment ) The Star Shaves His Head to Save the Environment

Jason Momoa shaved off his signature hairstyle on September 5, making a wave of change towards a good cause. This is especially important considering climate change and the mass pollution of the oceans. The issue of plastic pollution has gained much attention in recent times and many people have worked to create changes in their own lives.

The Dune actor posted a video of the act in progress to social media. While shaving his head, Momoa urged his viewers to use recyclable aluminum cans instead of single-use plastic water bottles.

“Aloha everyone” he began. “Hand me those braids,” he tells his hairstylist.

Surprised with the new hairdo, he exclaims, “Oooh man, I’ve never even felt the wind right there,” while rubbing his head.

“I’m tired of using plastic bottles, we gotta stop,” he explained. “We got to stop. Plastic forks. All that s—t. It just goes into our land, into our ocean.” He pleads with the viewer, ” I’m here in Hawaii right now and just seeing things in our ocean, it’s just so sad. So please, anything you can do to eliminate single-use plastic in your life, help me. Plastic bottles are ridiculous.”

The Aquaman star captioned the video “here’s to new beginnings let’s spread the aloha. be better at protecting our land and oceans. We need to cut single-use plastics out of our lives and out of our seas. plastic bottles, plastic bags, packaging, utensils all of it. let’s aloha our ‘āina together”

Fans in the comments were largely supportive of the move, albeit at the loss of his luscious locks.

Outside of acting, Momoa is the founder of Mananalu Water, which sells water in resealable aluminum bottles instead of single-use plastics. In August, it was announced that Hawaiian Airlines had partnered with Mananalu. After making the trip from LA to Hawaii, he surprised many passengers by handing out his company’s bottles in person.

Momoa has previously shaved his beard to gain attention to the issue.

While the “See” actor’s hair has been a central part of his life, both on and off-screen. He said in a 2018 interview that his then-wife Lisa Bonet “would leave me if I cut my hair.”

This is part of a broader phase of Momoa’s life, coming to terms with how his body is changing as he ages. He previously had surgery for a hernia and then attended the 94th Oscars a day later. Last month, he told James Corden, host of the “Late Late Show,” that he was embracing his “dad bod” and “not really doing sit-ups.”