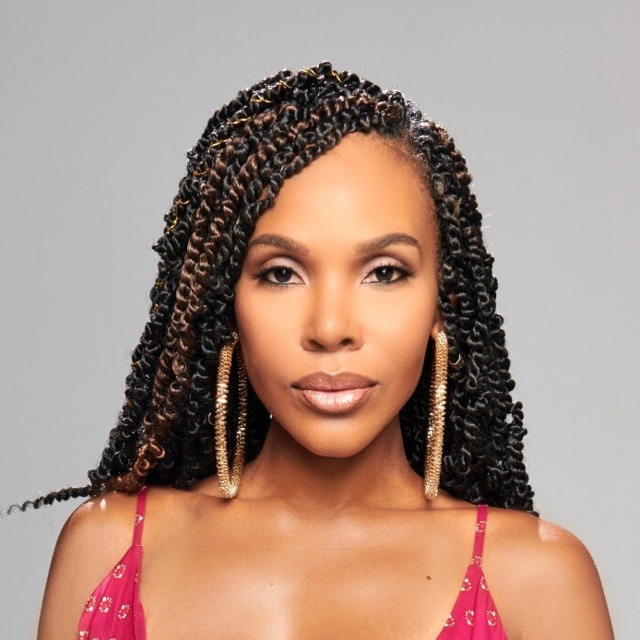 Singleton is known for her roles in TNT’s Claws, BET’s Sistas, Dumplin on Netflix, and Tyler Perry’s The Oval. She secured her first production deal back in 2020 for her show Covenant. She played Serena Fuller in the first two episodes. Singleton has been in the industry since 2008 her first credited role being Natalie in an episode of Somebodies.

Singleton was born and raised in Florida. Her first film as a writer/producer was the short film, The Check List. The film earned nominations at 2019’s Black Women Film Network Short Film Festival and Bronze Lens Film Festival. The triple threat is currently working on season 2 of her hit show on Allblk, Covenant.

We had a chance to speak with Kaye Singleton about her career and endeavors.

Were you always interested in the entertainment industry? When did you know you wanted to become an actor?

I dibbled and dabbled in acting after college, but it wasn’t something that I was actively pursuing. I was actually working full-time in Marketing for Luxury Beverage Brands–UNTIL I randomly booked a role in a student film. The experience was something that I absolutely wanted to do again, but, I quickly realized that I did not know what I was doing as an actress.

From there I started taking classes and fell in love with the craft. So much so that when I moved to LA for work, I could enroll and get a scholarship at Stella Adler Academy of Acting. They have a two-year conservatory program that ‌changed my life and ignited a passion that I still have today. Eventually, I quit my job and moved back to Atlanta to pursue it full-time.

Since you have done all three, acting, writing, and producing, which do you prefer?

Hmmm, I can’t really say that I prefer one over the other because they feed different parts of me! Acting in front of the camera allows me to play, explore, and fully entrench myself into a different character and world. Honestly, it feels like a vacation compared to being behind the camera. I will always love acting – it’s my first love in this industry. But creating, on the other handwriting & producing – is my passion and purpose.

There’s a different level of responsibility and dedication to creating. It’s a day-in and day-out for however long it takes for the project to come to fruition – which could be months or years even, but it’s so fulfilling when it does. So I think moving forward I’ll always try to maintain a balance between the 2 – because I learn and I’m fed on both sides, but in very different ways.

The Oval is coming back with season 4 airing on Oct. 12, what can fans expect from this season?

The Oval!! I can not wait for Season 4! Oct 11th can’t come quick enough! This season there are more plot twists, more action, and more drama – but I think what I’m most excited about is you get to see a completely different side of Simone, the 2nd Lady. And her husband‌.

The fans will get to see exactly what happens when you back her into a corner and they’ll finally be able to say whether they think she’s a formidable opponent against the First Lady. You already know where my vote is! So yes, this season is going to bring the battle right to the front door, and it’s going to be mind-blowing!

Where did you get the idea for your show Covenant and its unique take on bible stories?

I always want to convey a message that can inspire, or open the door for important dialogue with my projects, so being able to take bible stories and present them to be appealing to the masses was important to me – especially having grown in the church all my life. I wanted to reach a broader audience, not just the regular churchgoers, but also those who may have never picked up a bible or had read none of the stories.

That’s why I wanted the issues that the characters were facing to be relatable to what we’re going through today. Whether that be infertility, a viral pandemic, generational curses, the #metoo movement, racial tensions, or the insurgence of disinformation/hate groups. So when the idea came about while I was in writing classes, I took it and ran with it, and over time it developed into what Covenant is today.

Do you have any new projects you are excited for people to see?

Yes!! I’m working on multiple projects slated for release next year – so I can’t say too much right now, but there’s sooooo much to come! Here’s what I can share:

Fans can see Singleton in season 4 of The Oval on BET Tuesday, Oct. 11. Singleton continues to create and share inspiring stories in her future projects and is currently writing the highly anticipated second season of Covenant.