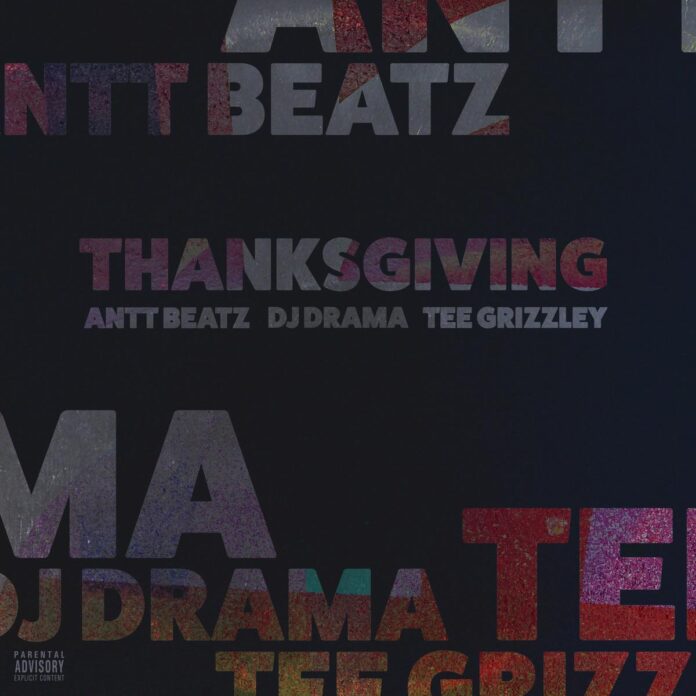 Antt Beatz comments on his idea behind “Thanksgiving,” saying, “The song was originally a concept for Tee Grizzley’s album. When he started off the track, ‘They say money is the root of all evil, tell that to the fam….Thanksgiving honey baked you know I go ham,’ I knew I wanted to create a holiday banger. We added DJ Drama because he’s Mr.Thanksgiving, and it finished the song perfectly. Now when you go to the clubs this holiday season you got a song to request.”

As a proud Detroit ambassador, Antt Beatz appeared on FX’s “Hip-Hop Uncovered.” He has collaborated with other artists such as Lil Uzi Vert, Lil Durk, and YNW Melly. Back in July, he was named one of Billboard’s Top 10 Rap Producers. Antt’s career has peaked, as he now owns a record label, Beat Gang, and the Hit House building, home to three state-of-the-art recording studios. His list of credits includes “U Digg” by Lil Baby, 42 Dugg, and Veeze, “It’s All On U” by Vezzo and Kodak Black, and Eminem, Royce 5’9, and Trick-Trick’s “Twerk Dat Pop Dat.” While 42 Dugg’s “Trippin’” has disappeared from YouTube, the track has been integral to 42 Dugg’s discovery, according to Lil Baby and Yo Gotti.

Finally, Antt Beatz shares his insight into the Detriot scene, “I’ve heard a few good imitators,” he says with a laugh, “But they’re always gonna come back home.”

Watch the “Thanksgiving” music video below:

Related Articles: “Our Reflections” Releases Toothbrushes For Black Youth, Nolan Jae On The Journey To Be A Musician

TV One Wraps Its Month Of Love, Lies And Murder Movies...