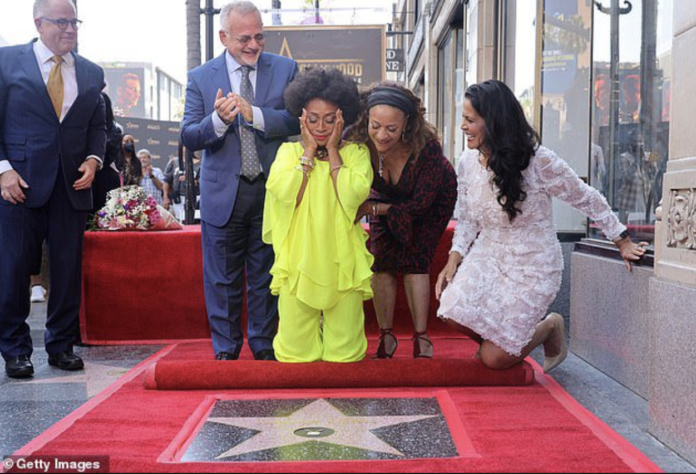 On Friday, July 15, legendary actress Jennifer Lewis finally earned her star on the Hollywood Walk of Fame. Her friends and family gathered with her on that particular day to celebrate her receiving a well-deserved star.

At the Hollywood Walk of Fame, Lewis brought a crowd of supporters to the center of Hollywood to celebrate this fantastic milestone. Lewis was also surrounded and supported by many of her other celebrity friends. The honor was presented to her by her friends, such as Debbie Allen and Marc Shaiman. Some other guests included Brandy, Kyla Pratt, Roz Ryan, Vanessa Bayer, and KiKi Shepherd.

Lewis has earned the title of “The Mother of Black Hollywood” because of her role as a mother in multiple films and television shows. She has also made it into the television world along with movies, such as “Strong Medicine” on Lifetime, “A Different World,” and The Fresh Prince of Bel Air. In 2024, Lewis starred in the popular ABC series “Black-ish” as Ruby Johnson and received two Critics’ Choice Television Award nominations for this role.

Originally from Missouri, Lewis has done it all in the Hollywood industry, from being a singer and actress to a comedian. Her career first began on Broadway as a backup singer for Bette Midler. She is also known for her roles in “What’s Love Got To Do With It,” “The Preachers Wife,” and “Think Like A Man.”