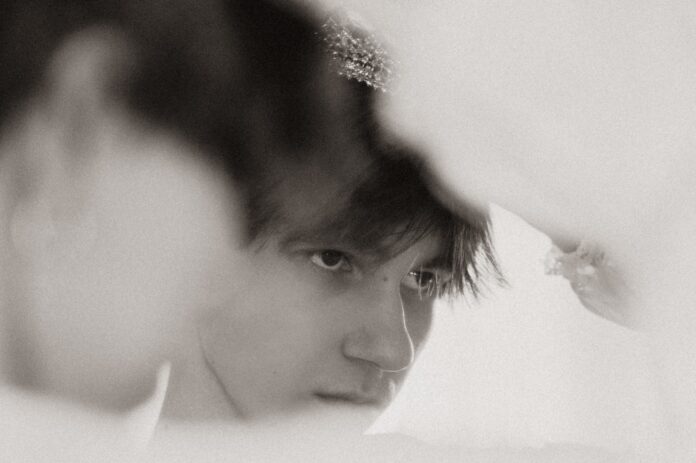 ( ENSPIRE Entertainment ) How Nolan Jae Is Building A Career, Personality, and Legacy

Nolan Jae has been flourishing on the music scene, going from writing songs as a middle schooler to performing his latest single, “King of the World,” at the Hard Rock Cafe last August. Now, he’s taking his audience along on the journey with his latest web series “Make A Musician.” In the series, which he is currently filming to launch on YouTube and TikTok, Jae depicts both the creative and business sides of becoming a name in the music industry, maybe even helping some of his audience members do the same.

“It covers a behind-the-scenes glance about what it takes to build a musician from the ground up,” Jae said. “We take you through all the moving parts in creating a musician: the studio time, the video production, the photo shoots, the publicity, the writing process, all of it. It’s important for us to really document what it takes and the business that is music.”

Jae’s the perfect host for this series, his own career being an exhibition of both creative and business prowess. Recently he has been working on his latest album “So What Now?” The album aims to experiment with storytelling and portray the full range of human emotion through music. As Jae puts it, he is interested in the potent emotional and poetic potential inherent in tragedy. He hopes to connect with people on a deep level, which often requires exploring both the happy and the sad.

“The album, ‘So What Now?’ is all over the place along with my musical style because I wanted to really depict how it feels [to be]  in every situation. There will be times you want to dance and times you want to cry, and I think that’s life,” Jae said. “I like making feel-good music and deep music. I wanted to have beauty within the tragedy and have those to coalesce in an appropriate way.”

This experimentation is part of how he pushes himself to grow as an artist. The varying musical composition of “So What Now” serves as both an interesting artistic choice and an opportunity for him to sharpen his skills in multiple genres of music. According to Jae, this elevates his music from mere sound to valuable art.

“Currently, my philosophy is to never give up and to always, always, always strive to do better. Even when you think you’re the best, it’s not true, you can keep going,” Jae said. “Anyone can make noise, but as a musician, I strive to make art and something that is really looked at as a good song.”

And through the series “Making A Musician,” Jae aims to help other artists become the best versions of themselves, too. The series teaches new musicians how to navigate the industry, teaching audiences the things Jae wishes he had known when he first started out. For example, as Jae explains, one thing he was totally unfamiliar with at the beginning of his career was music industry jargon.

“I remember when I first took a step into wanting to do music, there were all of these terminologies that I couldn’t name. Now, three years into it, I speak that same language. It’s really cool to see how much you can grow and learn in the industry,” Jae said.

In his series, Jae encourages artists to analyze their music just as he does. He says it’s always beneficial to look at your creations through a critical lens as both an artist and a businessperson. Sometimes young artists can be in such a fervor to create that they forget to challenge themselves and their work in a way that impresses the industry.

“Writing music and lyrics should not be done quickly, always try to analyze what you’re making and try to make it the best you can. Being able to make music and make a sound that was my own was so incredible,” Jae said. “Analyze your music. Make sure it’s truly something you’re proud of. There’s always room for improvement. When I was young, I didn’t know this yet.”

“Making A Musician” teaches artists how to handle the struggles of the music industry. Jae knows firsthand how challenging it can be for a young artist trying to build a name for themselves to grapple with stress and doubt. In the series, Je teaches audiences the preservation that helped him grapple with some of the practical and personal struggles that arise in this line of work.

“If you want to be an artist, and that is truly something you want to do, you’re going to go through some of the most trialing times of denial, trivia, and constant imposter syndrome, even when you’re getting praise,” Jae said. “If you want to be a musician, or be anything really, you can’t give up, you have to keep going.”

The hardest part of breaking into the music industry? Jae says, it’s finding people to support you. Learning to be his own self-advocate was an important step in getting both family and colleagues alike invested in his career. It’s not enough to simply be a good musician – you must be able to prove that you’re talented, hard-working, and studied enough to succeed in the industry.

But through “Making A Musician,” Jae aims to be that first beam of support for new artists everywhere.

Be waiting for the premiere “Make a Musician,” because you might learn something from this rising star. Jae will undoubtedly be announcing the show, along with his own musical releases, on his website, YouTube, and Instagram. In the meantime, you can listen to his newest release “King of the World,” on Spotify and YouTube.