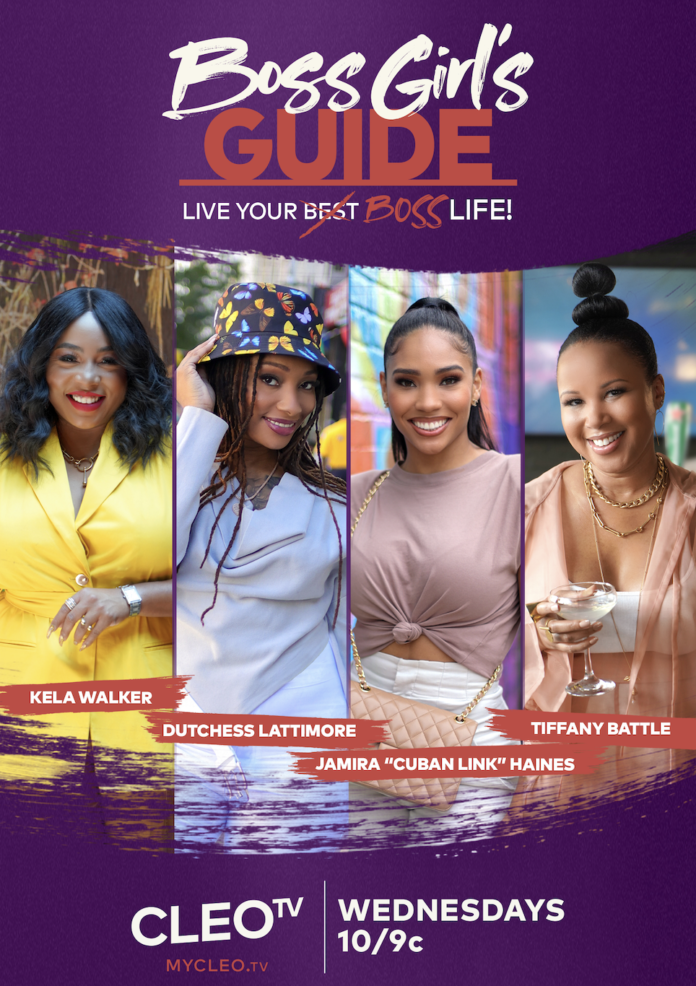 The bosses are back on CLEO TV’s Boss Girl’s Guide. The show follows the “boss” lives of four powerful and influential entrepreneurs. Boss Girl’s Guide enters a day in the life of Dutchess Lattimore, Kéla Walker, Jamira “Cuban Link” Haines, and Tiffany Battle. Since their lives can be busy, viewers are shown how the girls find balance. Boss Girl’s Guide introduces the everyday side of four extraordinary women.

Kéla Walker takes the lead in this episode, taking us to Kokomo. The trendy and elegant Caribbean spot serves as the backdrop for a candid conversation between Kéla and her friends, discussing love, life, and happiness.

Kokomo Caribbean Experience is located in Williamsburg in the borough of Brooklyn, New York. It has a modern Caribbean-influenced menu, including traditional foods such as plantains, breadfruit, and seafood, paired with modern options such as flatbread, fries, and even chicken and waffles. Koko Hour is held Tuesday to Thursday from 4 pm-7 pm. Celebrate the end of the week with Friday’s Bottomless Brunch, consisting of one entree and bottomless mimosas, lasting from 11 am to 2:30 pm.

Already, you may be familiar with the Girls’ names. First, Kéla Walker, is a style influencer and media maven. She hosts That’s So New York. Dutchess Lattimore, otherwise known as “The Dutchess of Ink,” formerly appeared on Black Ink Crew. Jamira “Cuban Link” Haines is an Instagram model and influencer. Aside from being 50 Cent’s girlfriend, she is also a fitness trainer and entrepreneur, owning the brand Cuban Fit. Last, Tiffany Battle is another influencer and the founder of The Werk! Place. These four women are accomplished on their own. When put together, they are an unstoppable force.

Boss Girl’s Guide is produced by Powerhouse Productions, where Rochelle Brown and Sonia Armstead serve as executive producers. Austyn Biggers is the SVP of Programming and Jason Ryan is the Executive Producer in Charge of Production for TV One.