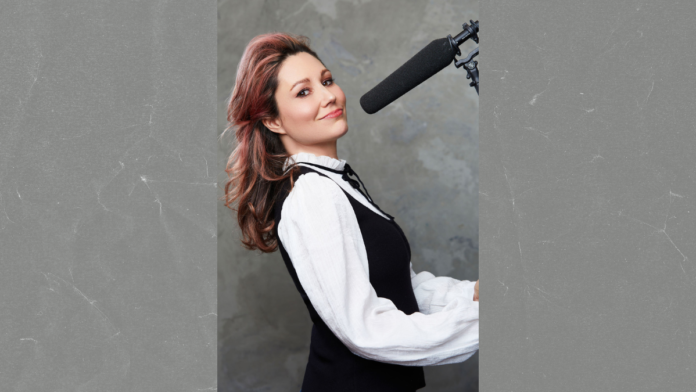 Being a voiceover actor is a job that is well-known but doesn’t get much limelight. One voice-over artist that is in mainstream Hollywood is Alicyn Packard, who is best known for voicing Roze in the Call of Duty game. You may recognize her as being the voice of three characters on The Mr.Men Show. She has also contributed her voice skills to The Tom and Jerry Show, Rugrats, Yokai Watch, and Man with a Plan. In addition, she has represented several brand campaigns such as Clif Bar, Constant Contact, and Ameriprise.

Packard started going into the video game genre. She is known as  Chef Tulio in the award-winning Ratchet & Clank: Rift Apart. She has also voiced  Minnie Ambrose in Outer World: Peril on Gorgon and TIE Fighter Pilot in Star Wars: Squadrons. She has been nominated for three Voice Arts Awards for Excellence in Voiceover. She also was nominated for Best Character Performance (Rugrats), Best Overall Performance Television/Web Promo (Disney+, Foddtastic), Best Commercial Performance (Clif Bar), and BTVA Award for Best Female Lead Vocal. We had the pleasure of interviewing Alicyn Packard about her voice acting journey, her growth in the industry, her accomplishments, and her future projects.

When did you first take an interest in voice-over?

I can trace the roots of acting back to my very first performance starring as Gretel in the first-grade production of Hansel and Gretel (Thanks Mrs. Lewis… I owe you one!). I always gravitated toward acting and had some early experiences like my school’s radio club where doing the morning announcements gave me an on-mic experience. I participated in a lot of oratorical essay competitions and had a natural gravitas to my voice, which later lent itself to voicing commercials.

I booked my first voice acting job when I was 19 years old and living in Boston. I was studying on-camera acting at a local casting agency and the opportunity to audition for a VO job came up. It was my first audition, and it was for an e-learning company. At that point, I already had a long-standing love affair with the microphone so I felt like it was a natural fit. Combining that with my love of acting made voice acting seems like an amazing career path. From there I moved to LA to pursue on-camera and voice acting and started to build my career from the bottom up.

Growing up I loved cartoons and I even remember telling a white lie to my childhood friends at a sleepover that I wasn’t allowed to watch PG-13 movies so instead, we could watch the latest animated feature! I was obsessed with Nickelodeon and shows like Rugrats and Doug really shaped my ideas of storytelling and comedy. It’s amazing how it’s all come full circle and now I’m a voice actor in the new Rugrats reboot and Its Pony on Nickelodeon. It really is a dream come true!

Which three voice-over characters are you most proud of and can relate to?

Roze in the new Call of Duty: Modern Warfare II. She has a deep strength and resilience I can occasionally channel!

What is the process when voicing characters for a show or video game?

I have vocal warmups I do first thing in the morning if needed, but I also meditate daily and practice EFT tapping to shift my mindset into the present moment before I work. I find that my energy directly translates into the connection I can find with a role, so I work to get in a good headspace so I can be open and ready to work when it’s time to record. Getting exercise plays a huge role in being able to stay focused and on track in my work. I’m also very diligent about getting enough sleep so I can come to my work as my best self.

Packard is an official member of the WGA Animation Caucus. The WGA or Writer’s Guild of America is a labor union with thousands of writers who write content for television shows, movies, documentaries, animation, and more! This sparked her interest in writing projects.

What’s it like being a member of the WGA Animation Caucus?

Being a member of the WGA Animation Caucus is such an honor. I’ve always been a big fan of animation and I’ve been lucky enough to work as both a voice actor and an animation writer. Animation writers are some of the funniest and most clever folks I know. When I’m in a room with writers like Patrick Verone or Nicole Dubuc, I’m like “Pinch me!”

She began writing for shows, starting with Barbie Dreamtopia and Poppy Cat. With animation, writing, and voice acting experience, she went on to produce and host a weekly interview podcast show called ‘Alicyn’s Wonderland’. This unique podcast interviews talented individuals who work in the animation and video game industries. This is perfect for those who are interested in those two things and want to learn about the career and behind-the-scenes aspects.

What inspired the creation of Alicyn’s Wonderland?

Prior to 2020, I was completely off social media, but once the pandemic hit, I began to feel like I was missing out on all the connection that was happening online. I created my podcast as a way to connect to both my colleagues in animation and video games as well as the fans. For many of our early viewers, Alicyn’s Wonderland became a safe space where they could show up as they are. A place where they could ask questions and feel heard. I love to build community and feel a part of something larger than myself, and the show gave me a lot of meaning at a time when things were so out of control. I hope to continue to build on that as we continue to grow our audience and take Alicyn’s Wonderland to the next level.

It takes a lot of people to produce an anime or video game. There are many jobs in those industries and steps that many people don’t know about. Packard gives us an opportunity for that insight from big names who go on her podcast.

For those just starting out my best advice is to just take that first step, even if you don’t know which direction to head in. It’s easier to make a move once you’re already moving. The more I grow, the more I realize perfection is just an illusion. Do your best work and move forward. Stand in the face of fear and do it anyway. After a while, when you’re able to look in the rear-view mirror, that is when you can really see the progress. But you’ll never be able to look back if you never took that first step.

Any future projects you are working on in 2023?

I’m thrilled to be recurring on Stupid Pet Tricks, the new Sarah Silverman project for TBS. I play Cathy, one of Sarah’s writers on the show. It’s based around a David Letterman sketch that I used to love, so it’s been fun to see this iconic series get a makeover with the goddess of comedy herself.

Another one of her new projects is Transformers: Beyond Reality, a new VR Playstation and PC game by Annapurna. Alicyn Packard’s voice has led to new opportunities in the writing industry and new future voiceover projects.  For more updates and information on Alicyn Packard go to her Instagram or IMDb.

Get Out The Vote: The Antipop Movement