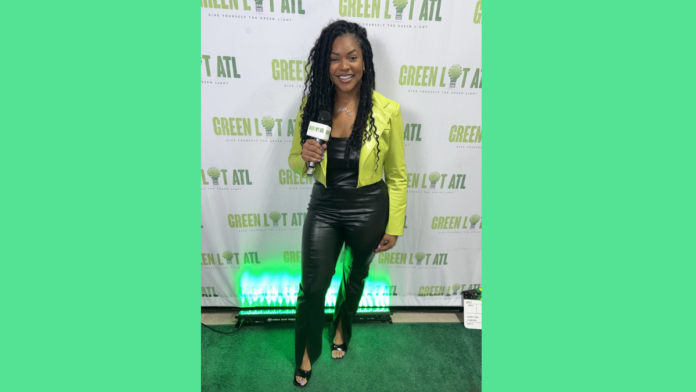 Ernestine Johnson Morrison is best known for her acting career. She has been a featured extra on major WB network shows. Some of her recent television appearances include ‘Queen Sugar’ and ‘Ambitions’ on the OWN Network. Some of her acting appearances were on the FOX network with ‘Shots Fired’ and ‘24 Legacy’. Morrison has also been on ‘Broad City’ on Comedy Central. She got her time on the big screen in the movie ‘Think Like a Man Too’ starring Kevin Hart. But she is contributing more than just screen time, she is a bold poet and activist who supports entrepreneurship learning for all.

Morrison’s words are electrifying and raw. She is infamous for being uncensored and untamed when speaking on social issues and women. Her spoken-word piece “Average Black Girl” was performed live on The Arsenio Hall Show and got over forty million views. Including “Red Bottoms” which shows the perspective on female prostitution. A spoken word is a step further than just a poem written on paper. The emotion when she passionately speaks about her words gives you a sense of upliftment and makes you deeply think and feel enlightened on hard subject matters.

Along with her voice, she has also been an advocate for entrepreneurship. She is the co-founder of The Legacy Center and CEO of Green Lit ATL an event that…

One of her most recent projects is a short film called ‘Scamher’ directed by Dontell Antonio and made through Film Foodstamps & Composite Media. This film features B. Simone, Jacky Oh, Brii Renee, and Morrison herself.

To view Morrison’s new short film appearance click on the video below. Follow her on Instagram for more updates on her current projects. View her spoken word ‘Average Black Girl’ and ‘Red Bottoms’. For more information about entrepreneurship go to the site for The Legacy Center to view any Green Lit ATL Events.

﻿Comedian Catch Is Bringing Their Tour To The East Coast