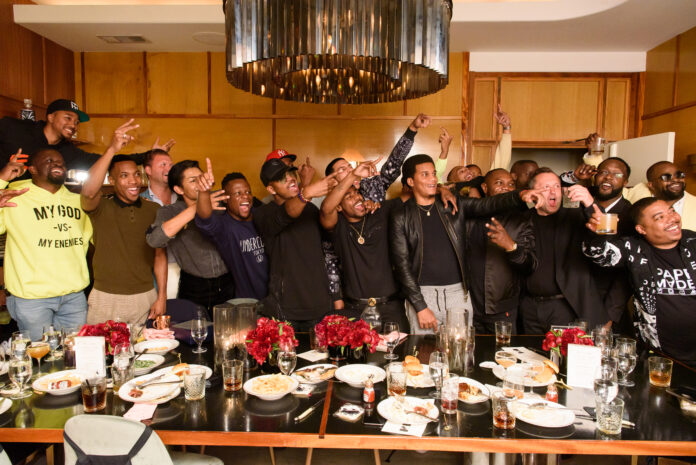 Good Brother continues its positive movement in an effort to reverse the strong negative content and influence that has embedded itself deep in the current culture. Starting with the logo that displays a man that has climbed to the top of a hill and is reaching back down to help another man climb up the hill. The symbol of brotherhood, vigor, and prosperity. The slogan and hashtag: #MOREOFTHIS.

This initiative is part of the Good Brother movement, which focuses on reaching the millions of people around the world that are caught up in this unproductive culture. Good Brother aims to display and integrate new positive message on clothing, in music, movies, and art. The movement focuses on the GOOD in PEOPLE and paying it forward.

“Good Brother is working to show people to pay it forward, GOOD BROTHER spreads a positive message that instills good moral values and core values into the minds and hearts of the people that see our clothing and hear the music our artist release.” Says Jayvon Smith, Co-founder of Good Brother, “Good Brother is the company and culture.

The company’s founders have a long history of doing business in the fashion and music industry. Jayvon Smith and John Rich describe the experiences they had over the years working in the music and fashion industry as exceedingly more negative than positive. Good Brother aims to set the standard on what culture is and should be.

The culture today is saturated with negativity, So, we are signing positive artist and releasing positive music and clothing to offset the current negative narrative that plagues our culture and our industry right now today. Somebody’s gotta do it, so we’re doing it.” Says John Rich, Co-founder of Good Brother. “If we don’t do something about the narrativity in the culture then we will lose an alarming amount of our youth to senseless murders, drug overdoses, and life sentences in prison.”