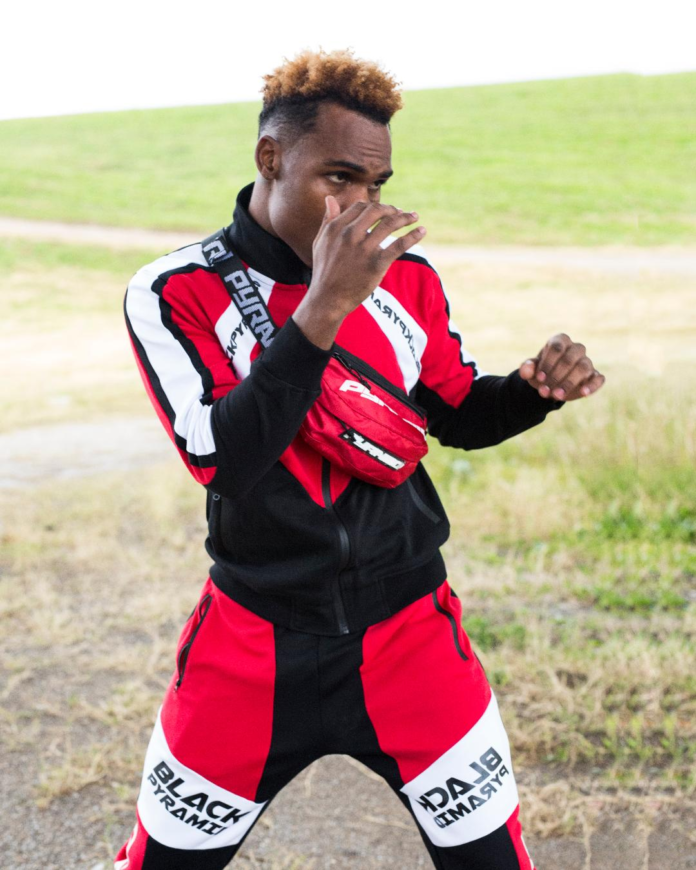 Nothing but Net, Leather, and Suede

Cavier Coleman was born and raised in Detroit, Michigan, where he had to overcome a lot of financial crises. Despite the cruel world around him, Coleman’s outlet was basketball, which propelled his dreams to get to the next level playing basketball. Coleman was a very athletic and skilled player and secured a basketball scholarship to Emmanuel College after he finished high school.

Coleman excelled during his second year of college, which abruptly ended when a model scout discovered him and changed the direction that he was heading into. The nineteen-year-old immediately launched his career as an international model, which spanned the globe from New York to South Africa. During his travels, the pensive adventurer embarked on a quest in pursuit of artistic expression.

Coleman currently resides in New York and has become somewhat of an overnight success in the Big Apple.  Manhattan’s fashion-forward avant-garde attitude and artistic edge have been the perfect environment for Coleman to thrive and reach his full potential.

Coleman took an interest in photography and decided that he enjoyed being behind the lens as photography.

As a photographer, Coleman has worked with top agencies such as DNA, Request, and Ford Models. He gained notoriety after his photographs appeared in Complex, Interview, and other publications that wanted to know his story.

Currently, he is the photographer for Chris Brown’s brand Black Pyramid, Soulja Boy’s brand Hudson Outerwear, and Pro Standard. Pro Standard is a premium leather sports headwear and clothing brand that is an official partner of the NBA, NFL, and MLB.

Raising the bar, Pro Standard enters the marketplace not just ready to “play ball” but to play it in style. The brand offers the highest quality fabrics, leathers, and suedes constructed with meticulous attention to detail. Each piece is made to exceed the standards of the most accomplished athletes in the world. There are no competitors in the same league. The athletic brand offers styles that you will see some of your favorite professional basketball, football, and baseball players wearing.

Coleman has been featured in fashion magazines as well as in popular hip-hop blogs such as Thisis50.com, as well as ItsBizkit.com for his accomplishments as musician and painter.

Coleman digitally imposed his paintings on Nike’s logo and created fun edits for fans. The edits are the embodiment of Nike’s philosophy and motto “Just Do it!” So he did it.

The former model has appeared in sneaker ads himself and now he works as a director doing photography and shooting catalogs. It’s no surprise that Cavier’s creativity has intertwined with the goals that he has set for himself and he has become a trending person to know in the industry.