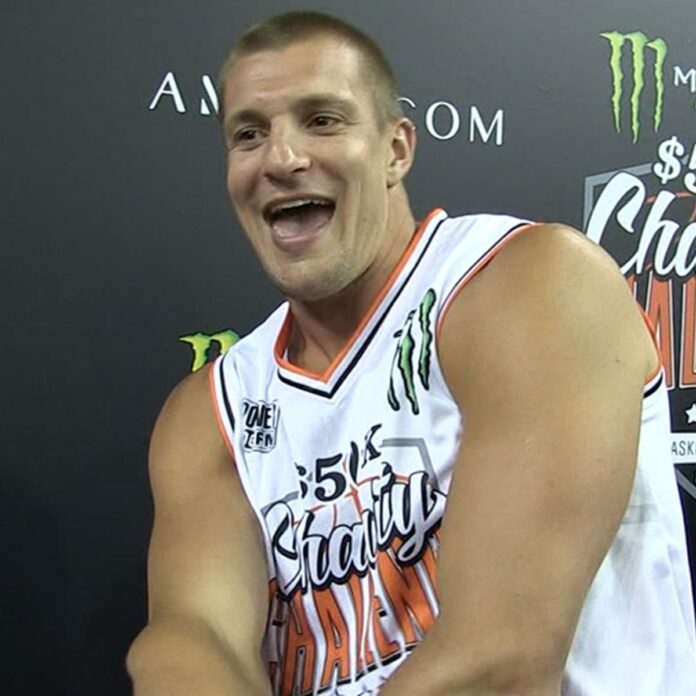 During ESPYS week, Gronk was everywhere enjoying himself and it looks like he has lost a little weight since his Super Bowl run. However, Gronk participated in the Monster Energy $50K Charity Challenge on Monday with Floyd Mayweather and had a blast.

It looks like Gronk has found his happy place with being retired and enjoying life the best way he can.