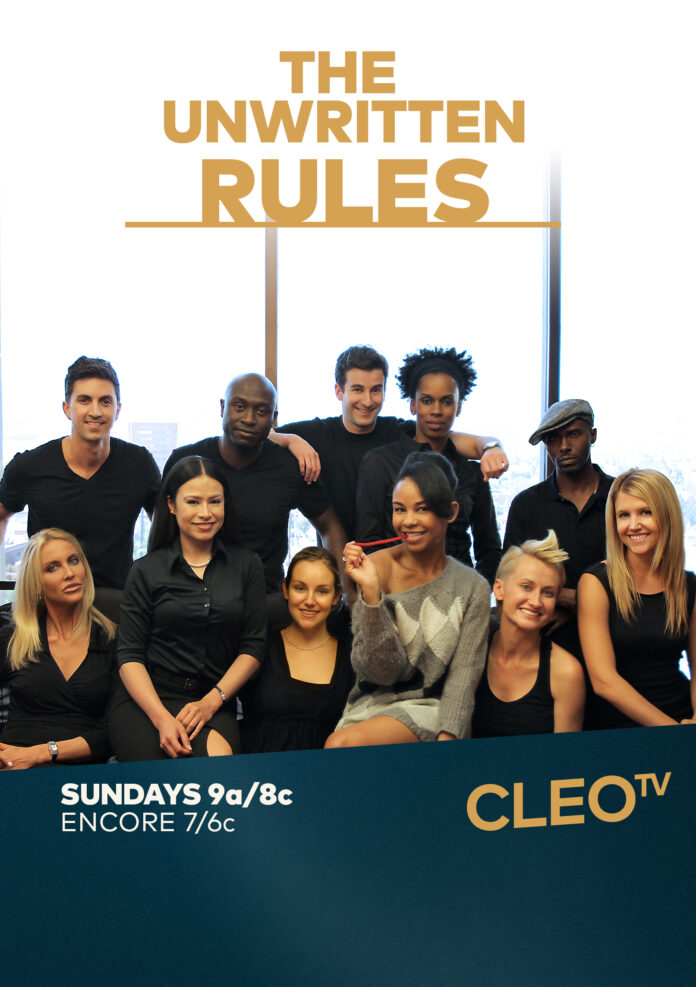 The popular digital series THE UNWRITTEN RULES makes its highly anticipated debut on CLEO TV. Based on the book authored by series creator Kim Williams, “40 Hours and an Unwritten Rule: The Diary of a Nigger, Negro, Colored, Black, African-American Woman,” THE UNWRITTEN RULES examines the comedic realities of being an African-American at a predominantly white company. The series follows Racey Jones as she navigates being the sole black employee in a white workplace. Tune into CLEO TV on Sunday, July 7 at 9 a.m. ET/8C.

For more information about CLEO TV visit www.mycleo.tv and check out CLEO TV YouTube Channel. Viewers can also join the conversation by connecting via social media on Twitter, Instagram and Facebook (@mycleotv) using #LivingByDesign and #TheUnwrittenRules.