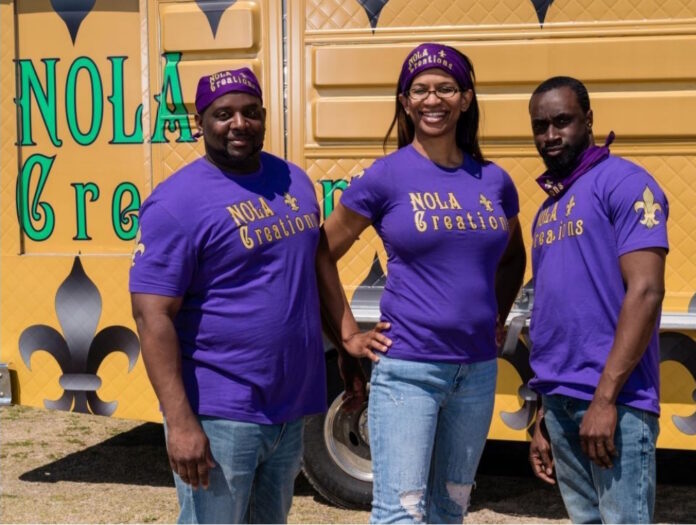 Darrell Johnson along with his wife Aunna Johnson toughed out eight long weeks going from city to city. They came out on top as the winners of Food Network’s Great Food Truck Race hosted by Tyler Florence. The show was shot over a period of 8 weeks as they made their way from Fort Myers, SC to Key West, FL for the finale. As a husband and wife team, Darrell was the architect of the team as he crafted the delectable dishes while his wife Aunna handled the marketing and made sure their line every day was longer than their competition.

The two had the advantage of being married, they knew where one lacked the other excelled. This made their performance through the competition a threat as they were targeted by the majority of the other opposing teams as they battled it out week after week. They decided to relocate from Shreveport to Atlanta as they wanted to bring authentic Cajun and Creole cuisines to the capital of the South. Many have tried to incorporate those Nola flavors into the heart of the Peach State but none have done it to the capacity. The market for growing cultures directed them to Atlanta. With the success of their win on Food Network, they plan to kick off a pop-up tour at the end of September. At these pop-up shops Darrell will serve a 5-course meal that will help consumers experience “The Taste of the Quarter.”

Pulling from dishes that were cooked on the show, Johnson’s latest cookbook showcases menu items that he perfected on The Great Food Truck Race as well as other staples he has been known to cook in his restaurants over the years. This includes the famous beignets that helped them capture win after win resulting in winning the competition overall. Johnson also developed a line of seasonings (Blackening, Creole and Seafood) to help aid with his recent diagnosis of diabetes, as store-bought brands provide more than the amount of sodium that his newfound diet will allow.

Since the show has come to an end Darrell has put in motion the revamp of his culinary summer camp to help interns and children learn about the proper foods to add to their daily diets as well as educate them about how to use certain foods to substitute when they have allergies that they need to avoid. One of his proteges is Owen Osburne who was recently featured on Food Network’s Chopped Junior.

Rules That Growing Businesses Need To Be Aware Of