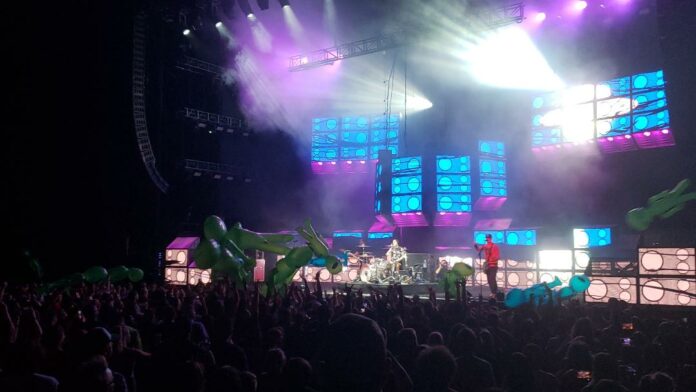 Lil Wayne performed first, as Blink 182 was the headliner. Weezy performed hits from the Carter 5, his Mitapes No Ceilings and the Dedication, and popular songs that erupted the crowd. Many fans were singing the lyrics and having a good time. Weezy kept thanking the crowd and saying, “Without you, I am not S###.”

After Lil Wayne performed, Blink 182 came out and set the show on fire. Blink 182 is known to get the crowd going and having unique props that will entertain the guest, while they are performing. They brought out some inflatable aliens that the crowd was playing with, while Blink 182 was performing.

Blink 182 performed a lot of their hits that was nostalgic, as well as performed a new song that will be on the album. Nicole from Los Angeles said, “I had to be here because Blink 182 was the first concert I went to see when I was 13. It was surreal that they played a lot of my favorite songs growing up lol where did time go.”

Here is the recap of the event.