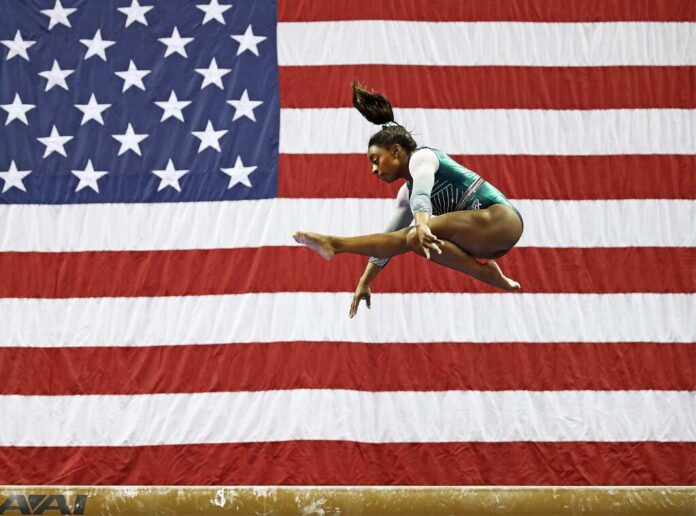 During a beam routine, Biles decided to do something a little bit different, risky, and something that will set herself apart from the other competitors and that was attempting a Triple-Twisting Double Somersault off the beam and finish it.

She nailed it but was not happy with her landing. “I feel like I compete for perfection,” Biles said afterwar angry at herself after the unusual mistake, “so whenever I don’t do that, it just really irritates me. To me, I just know I could do better.”

Biles has earned top scores in floor, vault, and beam on Friday, but she wants to dominate and make a statement with the Olympics around the corner that she is the person to beat.

“You’ll go your whole entire career and everybody will tell you you’re great. But the minute you say you’re good, people are like, ‘Oh my gosh, you’re so cocky! Cancel her,’ or this or that,” Biles said. “There should be times where we can celebrate whenever we do a good routine. Or if you’ve been on a winning streak for a year. Or so forth. I think it’s something you should have pride in. Not be cocky about it, but have pride in it.”