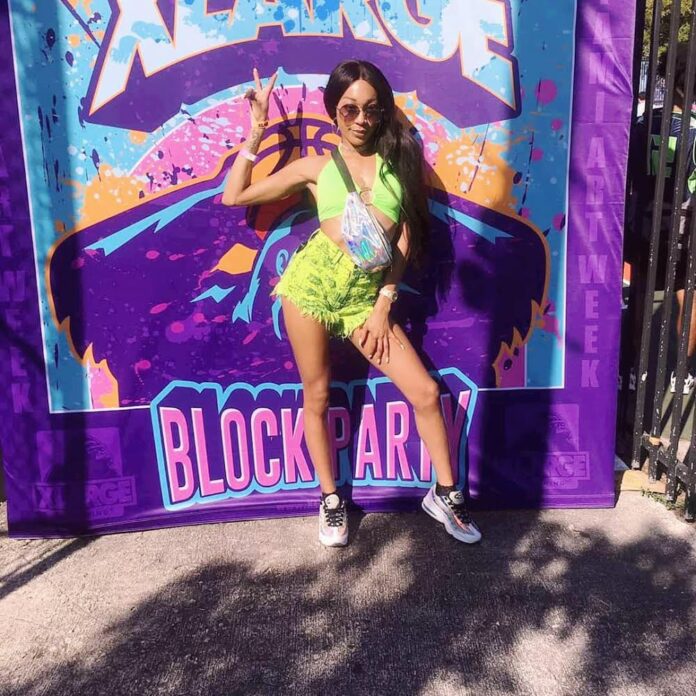 New York Hip Hop artist Gianna Milani lives life out loud. She proved this while attending Art Basel 2019. Ms. Milani lit the city up so much that she was dubbed Miami Mami! She made her mark dancing and grabbing photos of some of Miami’s treasures, including Gorilla Luke. She also scored some really cool swag from vendors and quickly became a Brand Ambassador!

After taking in all of the sights and sounds that this amazing event had to offer, Gianna Milani capped her final night off with an amazing performance debuting her soon to be released new single Let’s Talk About It. Now that she’s returned to her “normal” life, it’s back to photoshoots, radio interviews and recording sessions with a Billboard Award-winning producer. 2020 is shaping up to be a very busy year for this rising star!

Gianna is a young hip hop artist hailing from Queens, NY. Her passion for music was ignited at the age of 4 when she performed on stage at the LL Cool J’s Rock the Bell Concert. She later went on to work as a professional background dancer, opening for major artists like Trey Songz, Pretty Ricky, and Keri Hilson, in addition to several appearances on BET’s Wild Out Wednesdays.

Gianna Milani’s lyrical prowess reflects the voice of female millennials, with songs that mimic her lifestyle where she works hard but play harder, making no apologies along the way. She collaborated with Amber Smoke on the theme song Cause We’re Single (available on all streaming platforms) for the scripted series titled Sex & The Single Lady which she also co-stars in which is currently streaming on Amazon Prime. Gianna Milani has made her rounds in the underground music circuit scoring a spot on Hot 97’s DJ Magic Take It to The Streets mixtape with her single I Ain’t Playin’ Wit You, featuring Hollywood Play, in addition to his upcoming Take It to The Streets Car & Bike Show mixtape. She recently released single young & Winning serves as an anthem to young people who are out here working hard and taking charge of their lives, on their own terms. It’s currently in rotation on Iheart radio stations in CA, Seattle, and Las Vegas, in addition to Track Bully’s, Desert Storm and several other online radio stations.

Gianna was also featured as the “Artist to Watch” in the Power Summit Scouting Report and Indie Music Grind. Most recently she was recognized by Urban Buzz Factor as the “Spot Light Artist”, as well as Mechanical Dummy and DJ Enuff’s “Nuff Said” online magazines. This TRIPLE THREAT has made her mark and is ready to claim her spot in Hip Hop music.