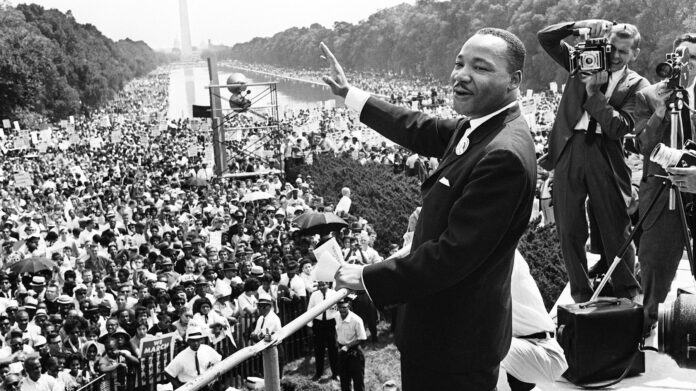 In 1964 the Jim Crow Law would be outlawed and integration was supposed to happen, but some individuals felt like it was wrong and developed a certain perspective about Blacks and Whites interacting with each other. Even though the Jim Crow Law was abolished, a hate group called the Ku Klux Klan still tortured, hung, and scared people into hiding. However, after the “I Have A Dream Speech” more people started to speak up about change and how they wanted the world to move in a different direction.

Dr.King Kr. was assassinated on April 4, 1968, so he did not get to see how America has progressed throughout the years. A change was coming to America, but it took a lot of sacrifices, risks, and a lot of criticism for progression to happen. What Dr. King probably never realized is that his speech would be something that would live in eternity, as well as how important the world needed to hear that change could be possible.

Dreams can happen if you speak in existence and that was something that Dr. King spoke in existence and it came to reality. In 2008, the first black president named Barack Obama broke history as being the face of America and the world went crazy. For the African American culture, it was a proud moment in history for them, while some people who had the traditional perspective that change should not happen was disappointed. Change needed to happen in order for America to grow and expand. America was built on diversity and opportunity and that was why Dr. King’s “I Have a Dream Speech” will always be remembered as one of the voices of change.