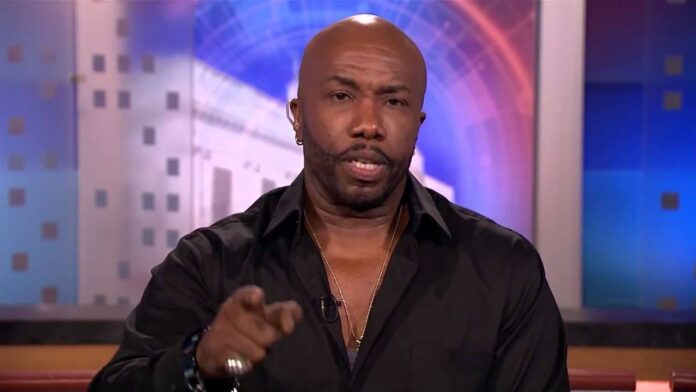 With almost 30 years in the entertainment business, Paul Anthony is a member of the legendary and Grammy award-winning R&B Hip Hop group Full Force. Paul Anthony is a producer, songwriter, and vocalist who has received many Gold, Platinum, and Diamond record plaques and awards, which resulted from working with various music artists such as James Brown, Rihanna, Patti Labelle, Lil Kim, Method Man, Faith Evans, Cheryl Pepsii Riley, Raphael Saadiq, Selena and many more.

He is also known for appearing in groundbreaking urban classic films, “House Party (1990)” and “House Party 2 (1991)” which also starred his brothers Lou George Jr (Bowlegged Lou) and Brian George (B-Fine). Throughout his career, Paul has become credited with being the first to consistently bring bodybuilding, fitness, and being proactive in health to the Urban and Pop music industry by incorporating it in videos, film, television, concerts, and recordings. But despite his many talents ranging in music, acting, and bodybuilding, Anthony’s life was forever changed when in 2006, he was diagnosed with cancer.

The purpose of The Paul Anthony Foundation is to raise awareness, funding, and support to fight and cure not only Cancer but align against life’s many other challenges. Through his foundation and influence, Anthony is educating and empowering other cancer survivors to transform their lives into “Champions” and “Health Heroes” by expressing the importance of being proactive with your health, cancer treatments, early testing, bone marrow, organ donations and the research that is needed in order to find a cure for cancer and other diseases.

“I never asked why me?!  I was too preoccupied with finding a solution, finding an answer. I figured since cancer picked me I’d dance with it.  My attitude was let’s do this!  I knew I had to dance with it in order to get control of it and conquer it because I’ve got a life to live!” -Paul Anthony

It is because of the life challenging battle he faced with cancer that Paul Anthony has committed his time, resources, and energy to spread the message of health in bodybuilding, fitness, nutrition, and the mind, body, spirit connection. Inspiring millions over a 35-year career, Paul Anthony has become a well-respected health, fitness and wellness influence, and a transformation speaker. Anthony has broadened the resources, knowledge, and awareness of physical fitness, training, and nutrition to millions across the globe, including professional athletes and celebrities such as Magic Johnson, Michael Jordan, Jamie Foxx, Will Smith, Sugar Ray Leonard, Busta Rhymes, Britney Spears, and many more.

Through his efforts, Paul Anthony has raised awareness about the seriousness of the disease and also continues to encourage others, especially other celebrities, artists, and entertainers, to be more open about their predicaments in hopes that they could help and inspire others.

About The Paul Anthony Foundation:

The Paul Anthony Foundation is a 501 (c)(3) Charitable Organization proudly aligned with The Leukemia Lymphoma Society. The foundation is dedicated to educating, empowering, and increasing not just the cancer survivor, but “The Cancer Champion”. Whether it’s a two, four, or ten-year champion rate, the foundation is determined, designed, and designated, to create a forum of networking and partnerships for extending life at its best.

Paul Anthony, alongside The Paul Anthony Foundation has made a local, national, and global commitment to serve. To learn more, please visit www.palivelife.ning.com.