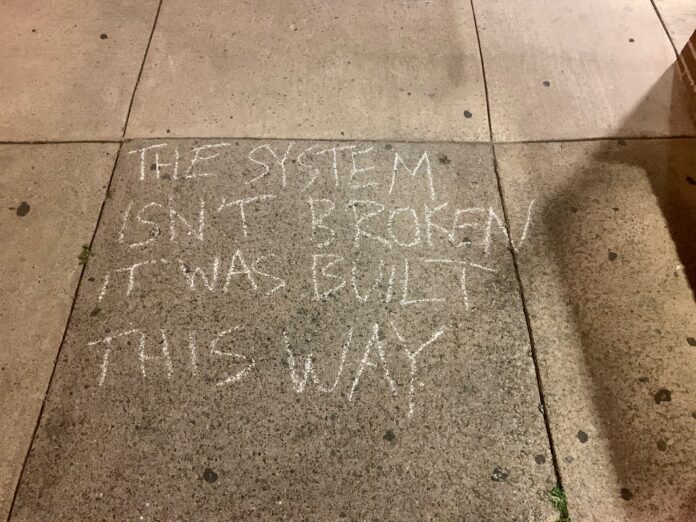 We seem to only see coverage of protests in major cities and forget that Black Lives Matter is solidifying its space all over the world. Smaller communities and towns have been showing support as well. On June 14th, the residents of the college town of State College, PA gathered for their third consecutive Sunday protest with hundreds of allies marching peacefully with signs and motivation.

What makes State College unique in this context is that a pretty liberal college, The Pennsylvania State University, is in the middle of this conservative town. Although the town of State College was built around Penn State for its students and professors, the residents who are not affiliated with the school are more Republican than Democrat. With that being said, the fact that three peaceful protests have taken over the entirety of downtown State College without violence or threats is reassuring, to say the least.

And this is not to say that Penn State has not had its mishaps because the school has received plenty of negative attention and rightfully so. These peaceful marches not only look good for the school and its potential future students, but they also show that people want change. People participating in the protests are doing so for no reason other than showing that they want things to change.

Along with the protests, councilman Dan Murphy penned an open letter detailing clearly overdue changes that must be made to the police department. Some of these suggested reforms include de-escalation training, the creation of a community advisory board, and discussion of reallocating funds from the police department. The board is set to vote on this resolution on June 23 after hearing input from the community.

It’s always motivating when we see small positive changes being made. Regardless if councilman Murphy’s resolution is accepted, the community gathered multiple times to support and fight for the equality and fair treatment of black lives everywhere. Universal change starts with a small positive change.

Tap. Into the App for Seamless Networking