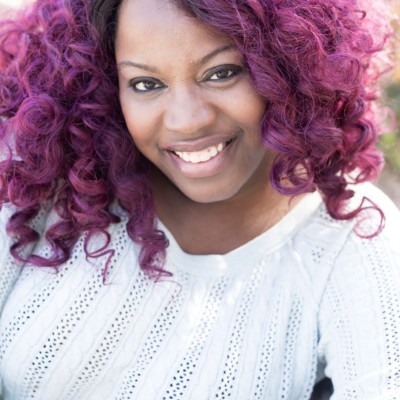 On May 31st, filmmaker David Jones took to the streets to interview people protesting in his community for a documentary. He wanted to capture the importance of what was going on, and what he ended up recording was spot on. He asked his friend Kimberly Jones, author of I’m Not Dying With You Tonight, to talk about the impact of this movement and her thoughts on the protests, riots, and looting. David ended up releasing the footage of Kimberly early because he felt that her words could not be kept unheard by the world for a second longer.

Kimberly started by pointing out that she has noticed that people have two opinions about the looting and rioting: that people should not be looting or that people should be looting more. With businesses being looted, rioters causing damage, and protesters wanting to enact change, people looking in from the outside are focusing too much on the “what” of the situation, rather than “why” it is occurring. Kimberly elaborated, “as long as they are focusing on what we’re doing, they’re not focusing on why we’re doing it.” She says that we shouldn’t be focusing on the fact that people are stealing when the opportunity presents itself; rather we should be focusing on why there is such a wide gap in the economic prosperity of poor black people and the rest of the world.

She goes on to use the metaphor of playing Monopoly to explain the economy in America as it pertains to black people. She asks us to imagine playing hundreds of games of Monopoly, and each time you win property, it is taken from you. You build up wealth and create prosperity only for it to be stolen right from beneath you. Then, after 400 more games, the opposing player tells you that you can keep what you make but that you need to catch up to them. After they have burned down your property and taken what you have made for yourself, you would ask yourself “how can I win?” And that sounds unfair, right? I mean, how could you win at such a disadvantage? Well, that’s exactly what black people in America have been living through since before the foundation of this nation.

With that, she asks people to think again about why black people may be looting or rioting in the streets. After watching her speak, the answer is crystal clear. The system is fixed, and the people who should be protecting us are not doing their jobs. So how can we win?

Urban One Founder and Chairperson Cathy Hughes Makes History as the...