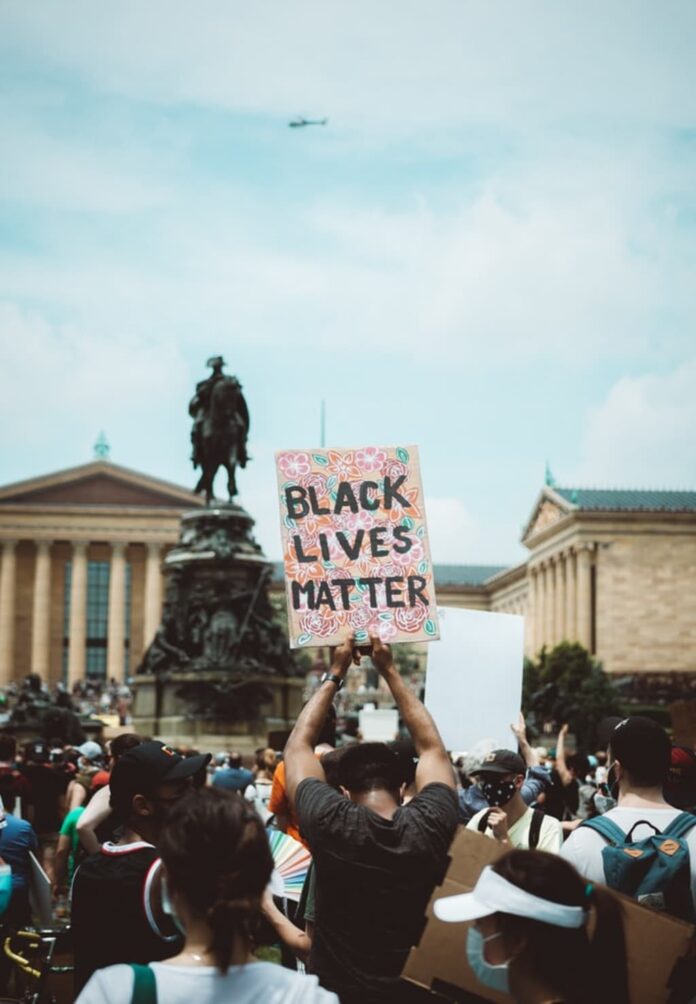 ( ENSPIRE Feature ) Not Understanding is a Choice

Inference: Deduce or conclude from evidence and reasoning rather than from explicit statements. Seizing on the latter part, I’m amazed by how much vitriol has exploded over a simple inference: Black Lives Matter. Oh my, this Blue Lives Matter rally really captures the rage. I wonder what William Shakespeare himself would think of our inability to grasp a basic linguistic vehicle and have the ugly residue spread like Murder Hornets. On the other hand, in the interest of calm, let me give the dispossessed, angry hordes the tools that they need to get by.

At this point, I hope you realize that Black Lives Matter extends beyond the three words that are now filling many streets in yellow. So here it is : Black Lives Don’t Matter as much as…Well, you could put a bunch of things here. Rich lives, suburban lives, entitled lives, but white lives is really the thing we are going for.

So is there still a problem? For some, the explicit meaning doesn’t compute and that’s beyond my scope. But either way, I probably haven’t cleared things up yet, and All Lives Matter remains in your lexicon.

Let’s begin by addressing the basics. I’m sitting outside my local coffeeshop and sipping away happily. Inside, they sell coffee, tea, lemonade and little snacks, but vacuum cleaners and refrigerators are not on the menu.

In other words, specialization, and while most Black Lives Matter advocates probably see global warming as a bigger threat, the initiative won’t be opening a climate change office any time soon. Police brutality and criminal justice reform are their issues, and they’re sticking to them.

Why is that a problem? All Lives Matter – I know you’re still bogged down. But an initiative or movement that covers everything in the world isn’t going to get very far.

I think you knew that. You’re probably still irked, though, and I’m here for you. So instead of chanting All Lives Matter, I would go with Appalachian Lives Matter. Wait, what was that?

Now, I’m not being sarcastic in the least. The Appalachia Service Project began in 1969 and builds homes for the many rural poor throughout this large eastern region. The nonprofit has churches and communities that come from all over the country and dramatically alter the lives of those they serve.

In other words, large segments of the population live in homes that are right out of the Great Depression. So imagine how a family’s life changes when there’s a real roof overhead, functioning electricity and moldly environments that disappear along with the leaky pipes and inefficient running water.

In my community, the Katonah Methodist Church has long taken part, and the efforts of KMA’s amazing parishioners are truly inspiring. So again, Appalachian Lives Matter would be an inference we should all back or recognize.

Reiterating, Appalachian Lives Don’t Matter as much the comfortable suburban and urban lives that many of us live. I would even goes as far to say Appalachian lives don’t matter as much as black lives. You see, I only know about the dire state of this region, because stories were assigned to me.

My point being, that the tragedy is completely under the radar, and we know far more about the plight of African Americans. Now, this is not to blame African Americans for the manner in which the media covers things. I’m pretty sure they don’t control the media and the large scale omission by our inept Fifth Estate is unforgivable.

At the same time, this particular inference is also not an attempt to compare whose lives are less valued. That’s for statisticians and others to determine.

Nonetheless, I don’t think the Black Lives Matter folks would be upset in the least if you piggybacked on their slogan. In fact, if you asked, I’m sure they’d be willing to help get the initiative off the ground.

So far, they’ve proven to be pretty good at building a movement. But they’re probably not going to join you. They have their own cause, and there’s no reason for you to delay.

So hoping I’ve helped transfer your anger, sadness or determination – Appalachian Lives Matter could be a real thing. But either way, I’m pretty sure all the specifics that matter can coexist.