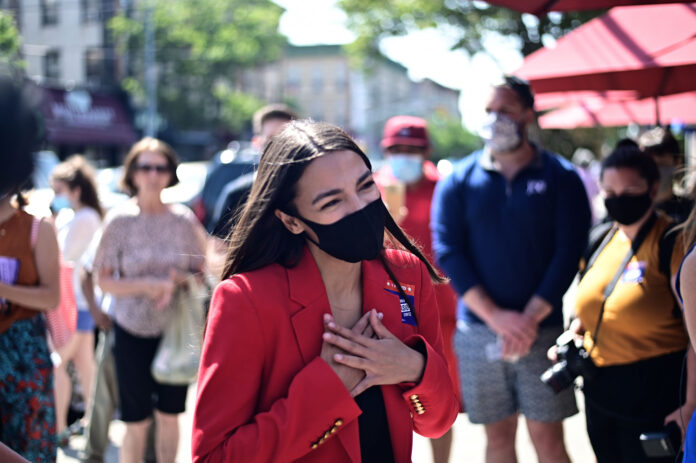 ( ENSPIRE News ) For This Primary Season, Possible Outcomes and Implications are the Topics of Discussion

Primaries happened recently around the country and there were several key races that must be acknowledged. Before we delve into the races, the importance of primaries must be stated because they are essential to our elections system. Primaries are often used to shape which way a party is going, direction wise, and how their voters feel about the “higher-up” elected officials. Essentially, primaries are a strong way to help change a given political party.

The offices that are to be discussed are Congressional representatives and Senators but they’re many other local and state offices on the ballot depending on the type of primary election that’s going on within your state. They’re state primaries, presidential primaries, and some states have these simultaneously. The difference is one is for your state elections like state senators and presidential primaries involving more federal offices like the positions mentioned above.

Alexandria Ocasio-Cortez is an incumbent who just won her primary and Jamal Bowman won his primary against the incumbent, Eliot Engel. They each represent separate districts within New York and the state/city are more-democrat so the primaries are the real battlegrounds for elections.

Also, Senators are a part of the Senate as they make up the upper house of our Congress. Traditionally, Senators have more power than representatives and have longer terms. A representative serves for 2 years compared to a Senator who serves 6 years. Also, every state gets two senators that represent the entire state in D.C., so there are only 100 Senators compared to 435 voting members in the House. A key power of the senate, which we’ve seen on display, is the power to conduct impeachment trials. They are the jury and it’s solely up to them to decide whether an elected official charged impeachment is actually guilty. They also have the final say on most bills because they have to pass both houses of Congress and the upper house has more say.

In Kentucky, Amy McGrath just narrowly beat out Charles Booker in the primary for Senator. This primary is important because now Amy McGrath will have to run against Mitch McConnell, an entrenched lifelong politician who’s currently the majority leader in the Senate. Unlike New York, Kentucky is a largely republican state so the general election will be a real uphill battle for Amy McGrath.

As displayed, primaries are very important because they shape the direction of the parties. In the primaries, mentioned above, we saw upsets, lop-sided races, and very close and contested races and that shows how important these primaries can be. This is highly important to follow these elections so we know who represents us and our state and align our beliefs & values with our elected officials to have the best representation possible.