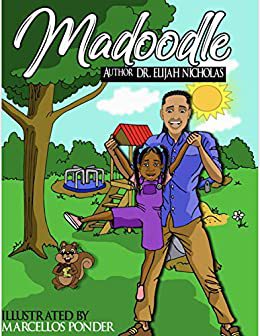 Think back to the books you read as a child. Why did you choose them? What distinct memories do you have as you paged through them? You may be thinking back to times tucked away under the covers, when a soft-spoken bedtime story was exactly what you needed to drift off till the morning. Even though considered more adaptable and flexible to their surroundings, children still seek out comfort in the familiar. Hearing stories that they can relate to, or that parallel experiences they are having can be the greatest boon. Problems arise, however, when mainstream publications are non-inclusive and unresponsive to needs.

In 2018 the Human Rights Campaign Foundation and the University of Connecticut surveyed 12,000 LGBTQ teenagers, ages 13 to 17, from all 50 states and Washington DC. Their work cited “95% of LGBTQ youth reported they have trouble getting to sleep at night,” and “85% of Trans Girls rated their stress level as 5 or higher,” while “90% of Trans Boys rated their stress level as 5 or higher.”  In the same year, the Cooperative Children’s Book Center published their 2017 diversity statistics on the children’s books they had received. Of 3,700 books, only 136 were categorized as “significant LGBTQ+ content,” and 56 were written, “by authors who identify as LGBTQ+.”

The LGBTQI community, and its youth, have every right to literature that encompasses the love, compassion, and equitable representation they have always deserved. Transgender veteran Dr. Elijah Nicholas recently authored a children and family fiction series titled Madoodle. Settling down with Madoodle in hand, readers follow the story of ten-year-old Madison coming to understand her Uncle Pete, who was once her Auntie Mary. With the support of her loved ones, each lending a kind lens, Madison and the words of Dr. Nicholas expressively encourage a new comprehensive reality of the literature world; where transgender stories are told, heard, and empower actions of solidarty.

Dr. Nicholas registered the lack of books available to children, and their “impressionable, curious, and intuitive” minds, that delved into “authentic gender expression acceptance” within a family dynamic. He referenced his own life and relationship experiences while creating Madoodle. Starting with being assigned female at birth, navigating sexual trauma, and the socially domineering expectation of secrecy that ladened his journey to self identification and autonomy.

After retiring as a senior officer in the United States Military in 2012, Dr. Nicholas transitioned from female-to-male in 2018; officially embarking into life uplifted by his core values of “authenticity, integrity, and transparency.” This “saving grace” proceeded international work with ministers and pastors and self-publishing his memoir, one of seven previous publications, Didn’t Ask, Didn’t Tell: The Life of A Gay Christian Soldier, which includes 25 years of his life living as a lesbian. The pride and freedom felt of releasing his story to the public was indescribable, but a large part of it was missing in those bound pieces of paper.

Now as Elijah Nicholas Meredith, he strives to continue living “openly and authentically,” recognizing that the liberation he felt after transitioning saved his life. He believes that Madoodle has the power to enact positive discussions within homes and classrooms; imploring educators to note accurate resources like Madoodle when engaging students in conversations on gender expression and building empathetic connections with transgender students.

Holding a Doctorate in Business Administration from the University of Phoenix, a Masters in Business Administration, a Masters in Adult Education & Training, a Masters in Military Operational Art & Leadership, and a Bachelors of Science in Administration of Justice, Dr. Nicholas also dedicates his life as a licensed and ordained minister leading Dr. Elijah Nicholas Ministries. With the publication of Madoodle, along with every step taken towards self-determination and aiding others to do the same, Dr. Nicholas thoroughly believes that a more unified and harmonious world is achievable. The young children reading his book, and their communities will effectuate that change.