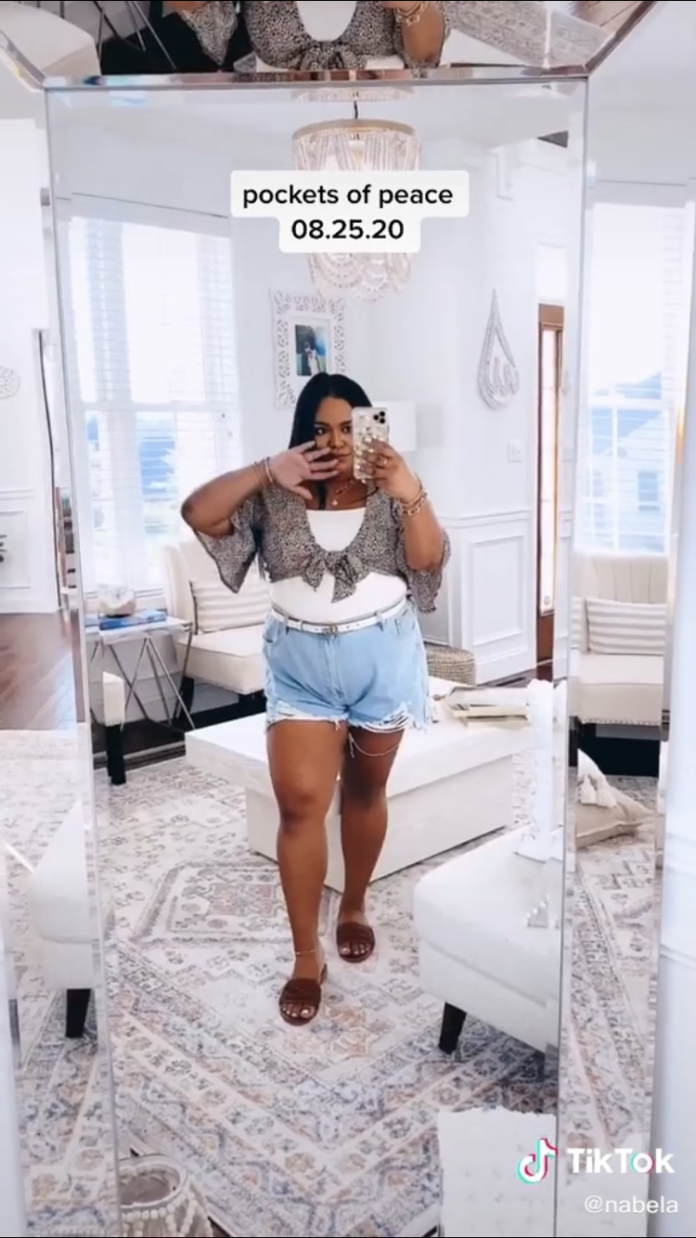 As TikTok Continues to Grow, These Users Are Wielding Their Platforms To Uplift and Educate

TikTok has gained tremendous traction in the past year for its high level of entertainment and wide reach. The Chinese-owned social networking app distinguishes itself with the ability it grants its millions of users to post any type of content they want. From ten seconds to three minutes long, the videos span from comedy and acting to relatable, often wry insights. In the past months, in light of the turbulent political climate, pandemic, and societal injustices, more and more people have been using their platforms as a way to educate their audiences and spread positivity.

One TikToker who has gained immense popularity is Nabela Noor, a lifestyle YouTuber who documents her days of quarantine by offering “pockets of peace,” where she extracts joy from small, seemingly ordinary moments and expresses why she is grateful for them. The premise of the TikTok videos is her belief that each day “carries a few moments of goodness;” the videos feature brightly colored, aesthetic footage of ordinarily mundane household activities, while she talks about lessons she learned from the day and the moments she appreciates.

This type of video became even more impactful when Nabela herself contracted COVID-19, as she focused on how thankful she was for her life as she battled the virus, anxiety, and depression without complaint. Viewers continue to be drawn to Nabela’s account for her genuineness and stay for the inescapable sense of optimism that the videos exude and a momentary escape from the negativity of the world.

DailyDoseNews is a TikTok account comprised of Stanford and Northwestern students who dedicate themselves to posting constant updates about new information that is less circulated in the media. The TikTok app itself has received backlash in the past for its spread of false news among impressionable, typically young audiences, but the students certify their information by citing credible news outlets including CNN and BBC.

DailyDoseNews tackles the good and the bad of current news, presenting information objectively and focusing on covering headlines that are often overshadowed by dominant topics in the media. Straightforward, educational, and engaging, their goal is to increase well-rounded awareness of what is happening throughout the world to wide audiences.

Another TikToker who is wielding his platform as a way to spark change is Jason Linton, under the handle “dadlifejason.” Deemed the “CEO of serotonin,” Jason makes hundreds of videos singing to his young daughter Lillian through a talk box. The energy of his soulful singing is matched only by the look of elation on Lillian’s face as she sits on his lap.

Jason receives many questions about his family’s background as a black man raising a white foster child along with his two other children. He explains that after hitting a hard loss in foster parenting, Lillian truly saved him and was the perfect completion to their family. His hope is to show that love has no boundaries and to destigmatize that idea that all families have to look the same. Jason has become a father figure to many on the app, interacting with comments to offer pieces of wisdom and charming thousands with his wholesome content.

TikTok continues to expand at rapid rates and evolve with the ever-changing times. Though social media is so often conducive to negativity, a large majority of TikTokers have risen above it and proven that producing content that uplifts paves the way towards a better future.

Power of Gifts With Nakita Davis

Beyond the Clippers: Real Estate Investing for Beginners