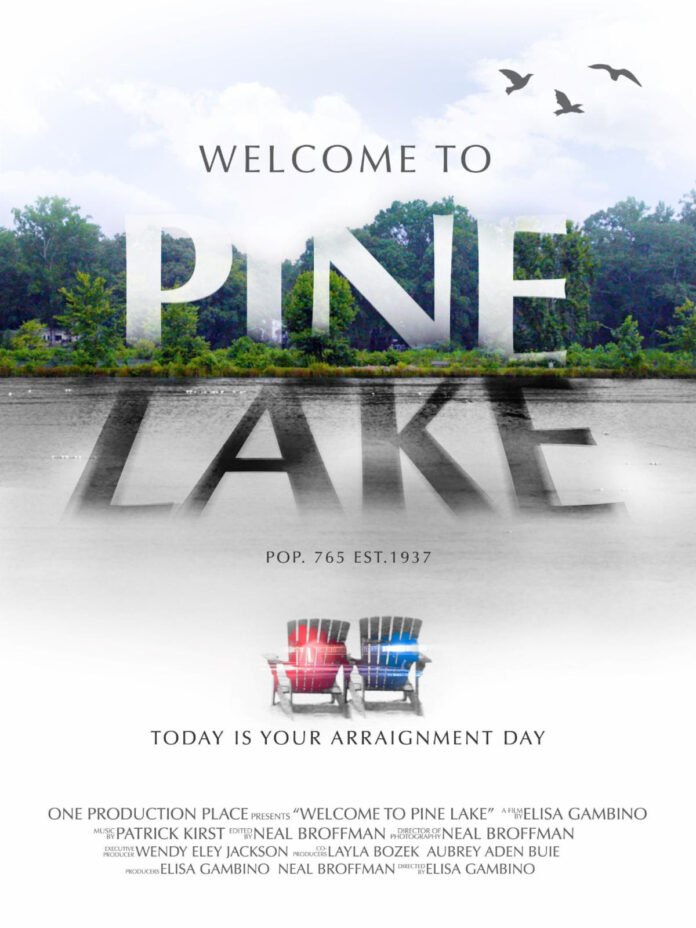 ( ENSPIRE Community Spotlight ) Pine Lake is a Community With Women Leaders, a Clean Environment, and Equality

The feature documentary Welcome to Pine Lake has debuted on SHOxBET, the new partnership between Showtime and BET, on Monday, October 26, at 12 p.m. ET/PT. The fascinating story delves beneath the surface of a tranquil, inclusive community to reveal a foundation of historical systemic racism. Initially premiering on streaming service CBSN as part of CBSN Originals, Welcome to Pine Lake delivered the highest viewership of any CBSN original program and is the first feature documentary that CBSN has streamed.

This intriguing narrative began as a study of a small, beautiful lake community 12 miles from the bustling Black metropolis of Atlanta, where women hold all leadership positions. The mayor and city council of Pine Lake are all female, while the police chief and sole Circuit Court judge are also African American.

After following the mayor and documenting daily life in the town for 18 months, the filmmakers concluded there was an additional story even more significant than a unique female-led town; it seemed that institutional racism was so ingrained in the governing system of this seemingly idyllic community that the elected leaders were not even aware of it.

Juxtaposed against the unique, progressive female leadership, low crime, beautiful beach and dedication to nature and the environment, the Pine Lake courtroom showcased a layer of poverty, discrimination and entrenched racism. The film exposes that historically, much of the city’s funding depended on traffic tickets and other fines levied against predominantly Black residents in surrounding communities who regularly travel through the edge of the city. Does the elected leadership of the idyllic town recognize that their comfortable lifestyle comes at a cost to those living nearby?

The creators of Welcome to Pine Lake are Director Elisa Gambino and Cinematographer/Editor Neal Broffman of One Production Place. In the two years before Ahmaud Arbery of Georgia and George Floyd of Minneapolis were unjustly killed and racial inequities were propelled to the forefront, the husband-wife filmmaking team realized they had a deeper story.

“Pine Lake appeared to be so inclusive, but what I was told didn’t align with the systemic racism I was seeing,” says Gambino. “And I started wondering if the town’s progressive leadership sees itself as part of the race problem. I started to see Pine Lake as a microcosm for attitudes across the country.”

Wendy Eley Jackson, executive producer of Welcome to Pine Lake, says the filmmakers raise important questions. “Yes, there are wonderful things going on in this liberal little town, especially compared to the history it represents,” says Jackson, daughter-in-law of the late Atlanta Mayor Maynard H. Jackson and his former wife Bunnie Jackson Ransom. “But is it okay to use policies that continue to oppress poor Black people to fund your budget? The women who now lead the city did not make the laws and policies, but do they not have the responsibility to change those laws that penalize Black people unfairly?”

The New Orleans Film Festival will showcase Welcome to Pine Lake during its run November 6-22, 2020. The film will screen at 11 a.m. CT on November 14 and 11:59 p.m. CT on November 22. Welcome to Pine Lake can be streamed on SHOxBET on Monday, October 26, and will be available on Showtime through local cable subscriptions, CBS All Access, Amazon Prime and other partner platforms. For more information, please visit WelcometoPineLake.com or OneProductionPlace.com and follow Director Elisa Gambino on Instagram @atlantaelisa and Twitter @ViaElisa.

Only Human – Fostering A Global Community