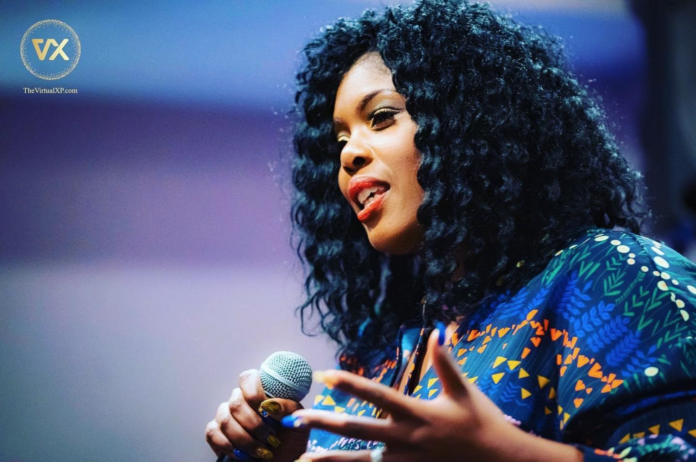 ( ENSPIRE She Did That ) The Speaker, Entrepreneur, and Film Producer Preaches Forgiveness to Overcome Life’s Struggles

Kyonna F. Brown believes that forgiving yourself is the first step to unlock your power and potential. She has used her forgiveness strategies to transform her life and the lives of other women through her speaker seminars, coaching, and most recently, her YouTube videos and films.

Brown struggled with depression, obesity, and drug abuse into adulthood. Brown tells her story in her “Uplift Women’s Alliance Documentary”. Brown moved in with her grandparents at 4-years-old and says that growing up without her parents negatively affected her mental health. Brown found solace in overeating and began feeling like she was alienating herself from the rest of the world. Despite having a support system in her grandparents, Brown felt trapped in her poor self-image and self-esteem. Brown was also stuck in a long-term abusive relationship and its toxic cycles. She describes her feelings at the time, “I still wanted that person to be in my life, so I was willing to do anything and everything to keep that person in my life.” In her relationship, Brown eventually committed a crime and spent time in prison. In her prison cell miles away from home, with virtually no control over her life, Brown began planning and setting goals for the future.

Returning home was a jarring experience for Brown, who was determined to begin a journey of self-forgiveness. Brown compares being incarcerated with the mindset of beating yourself down and lacking confidence. She learned that “to truly forgive is to remember without pain.”

One by one, Brown began crossing goals off her list. She became a certified paralegal while she was incarcerated and opened her own pet grooming business following prison. One of Brown’s hardest challenges was writing her first book in 2015 about pet care, but she knew she had bigger ambitions. Three years later, Brown wrote “The Momentous Journey,” a book about her own journey of depression, incarceration, and forgiveness. Brown subsequently wrote three more books about her strategies for forgiveness. In 2017, Brown also debuted the “Forgiveness Friday Show,” a 30-minute segment show streaming on Urban Style Media on Facebook, Youtube, and Instagram, to share uplifting messages and stories of forgiveness with the community. More than 50 guests have appeared on the show to talk about various topics including entrepreneurship, motivational speaking, and managing businesses.

Brown also developed and created her coaching program, Uplift Women’s Alliance, to support women audiences and issues that Brown herself had experienced early in her life. Her coaching program has been featured on her YouTube channel, where she has also ventured into writing and directing short films to remind others to keep their faith and confidence during COVID-19.

Like all people, Brown does admit that she often struggles with mental traps and old wounds. But what has really changed is Brown’s outlook on life and the ability to build a community around her. In an especially difficult, isolating, and painful time in our lives brought on by the COVID-19 pandemic, Brown encourages us to be kind to ourselves.

Recently Primaries Happened Across the Country. What are the Implications?