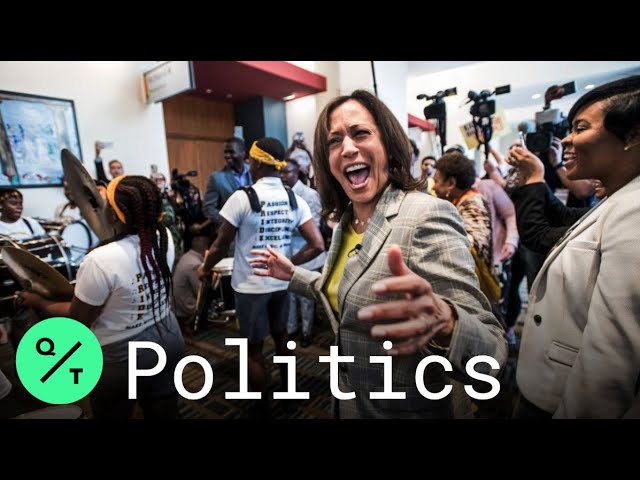 ( ENSPIRE She Did That ) “She’s Powerful, Gifted and Black”

Ladies! I could not wait to write this Special Edition of “The Girlfriend Corner.” Can you say we won! Okay, I know this is days after Election Day, but the feeling of winning and excitement is still there!

I know there are some readers who did not vote for the Biden/Harris ticket nor did they vote at all. That is your business. I voted and I am so proud to say that we won!

On Saturday, Nov. 7th, after a long week of voting, rushing to ballot boxes, all of the tedious ballot counting and not to mention the threats, fights, and distractions along the way—it was FINALLY announced that Joe Biden and Kamala Harris won the Presidency! Such a relief came over millions of supporters who had felt the pain of Trump’s 4-year term, especially during this brutal year—2020.

Many would say that change begins with the people, and it shouldn’t matter who is in office. Some would say that we are not going to experience change, but will be sorry that we placed Biden in the office to be backed by a Black woman. Well, I am here to tell you this. Kamala is the first Black woman to have the position of Vice President of the United States. That, in my book, is such a huge, outstanding, overwhelming courageous accomplishment! We don’t know what the future holds, but at least we do not have racism and sexism ruling anymore. Ladies, we should be motivated and even more empowered by her example.

We already know that Kamala has an extraordinary story and background. According to Politico.com, “Kamala has spent the better part of two decades in public life notching up a long list of things she was the first to achieve: the first Black woman to be elected district attorney in California history, first woman to be California’s attorney general, first Indian American senator, and now, the first Black woman and first Asian American to be picked as a vice presidential running mate on a major-party ticket.”

Her stamina and drive undeniably came from her upbringing. Story after story about Kamala, you will find her paying homage to her mother. Her mother, Shyamala Gopalan, a cancer biologist came from India to the U.S. at the age of 19. She had a dream that drove her in the pursuit to cure cancer. Kamala speaks fondly on her mother taking her to the lab and being a “young assistant” who was not a stranger to “messing up” or making mistakes.

In many speeches, Kamala describes her mother as hard-working, driven, poised, and on occasion, did not hesitate to fire her from assisting her in the lab. Kamala’s father, Donald J. Harris, is an Economist and Award-Winning Stanford Professor who immigrated to the U.S. from Jamaica to study and obtain his Ph.D. So, let’s just say, she came from good “stock.” What I want to focus on is what enabled Kamala to stand.

Every powerful woman that I have learned about, and even had the opportunity to meet, was supported by either family or spirituality or both. So many people in the United States only recognize mainstream religions such as Christianity, that can hold a person up in prayer and give them the spiritual support they need. I was so happy to see that in the tradition of Hindu, Kamala’s mother’s village supported this powerhouse. With ceremonies, prayer rituals, and spiritual works following the Hindu faith, our Vice President was armed and supported from one end of the world to the next.

Spirituality, in essence, is the ability and the willingness to connect with a higher power or energies … for elevation. It is the ability to believe and have faith. It is also the ability to have faith and belief in oneself for the achievement of higher living – which is something that Kamala exudes. So many women worldwide were jumping for joy when the news finally said, “Biden…Harris!!!” However, shortly after that, how many women used that energy to go after their dreams, to pursue their passions, or even make changes in their lives so they could “level up?” Honestly, how many were excited for Kamala, but couldn’t use that excitement in their lives to break out of their depressions, anxieties, and feelings of hopelessness?

This is where I say, women…let’s be happy for one another, celebrate each other’s victories and take it up a little higher!

I am not saying to “praise Kamala,” but I am saying that there is an energy, an opening, an opportunity for every woman that can be tapped into, following our newly elected Vice President. Ladies…who’s next?