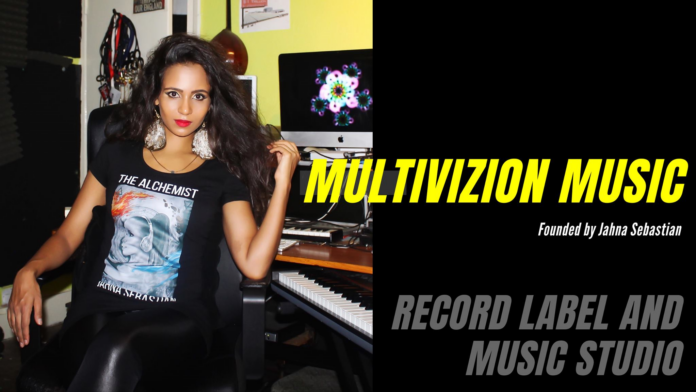 ( ENSPIRE She Did That ) With a Master’s Degree and Years of Experience, Jahna Sebastian Has Changed the Russian Rap Scene

“Going behind the mixing desk and creating a movement was something I always wanted because I am a trendsetter, a leader, not a follower.” These are words Jahna Sebastian, producer of Russian rap and partner to Pro Battle, lives by. She has had plenty of experience recording artists from every path of life and any country. Sebastian has a London-based studio yet has had a hand in pioneering the Russian rap scene.

Growing up in 90s Moscow, Sebastian lived a very tough and chaotic life. Seeing all these different struggles and stories made her want to share them through music. Music was something Sebastian knew she wanted to do. She started singing as soon as she learned to talk, and she was part of a children’s orchestra. Being part of an orchestra allowed her to understand how different instruments and sounds came together to make incredible music. This love of music propelled her to experiment with making music on computers and teach herself about the nature of sound. Sebastian joined the Russian Academy of Music as the youngest student at age 16 and completed her Master’s Degree by age 19.

Sebastian has been recording artists for a while now, with many of her artists going on to do big things. Oxxxymiron was first recorded and engineered by Sebastian, and he is now one of the top rappers in Russia. Similarly, she has partnered with people like hip hop pioneer Rahiem from Grandmaster Flash. As a producer, she has been questioned based on her gender and her femininity. This has come from management, which was stuck in an old-fashioned way of thinking.

“I . . . see this as an opportunity to show and invoke the ancient knowledge of the creative power of the feminine,” Sebastian said. Societies right now still undermine and doubt the female gender, but Sebastian believes the feminine and masculine complement each other and therefore society needs both to thrive. Through the years, she has also let her music speak for itself. Having written, produced, and arranged two albums by herself, Sebastian knows what her work is worth.

The Russian battle scene would not be what it is today without the help of Jahna Sebastian. Her skill with music and producing has kept her name in the spotlight, and she is regarded as one of the strongest influences in the Russian rap and hip-hop scenes. Sebastian has no plans of slowing down with her career. She aims to inspire and empower people around the world, and she has also started developing Alchemist TV, a platform for creatives to share their stories.

Netflix Unveils Movie Trailer for ‘End of The Road’