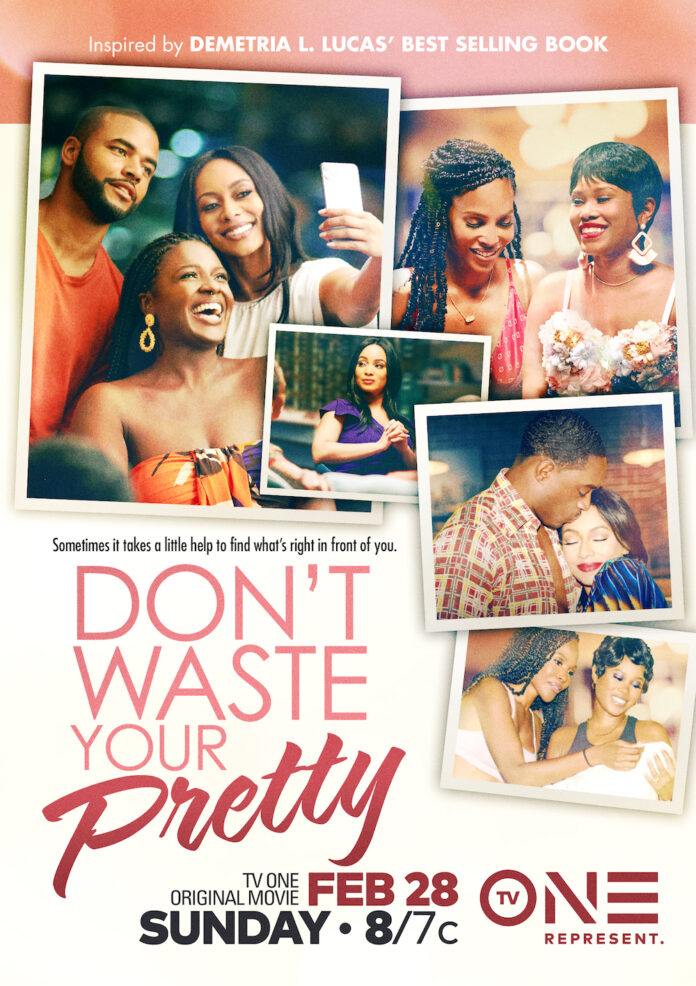 Don’t Waste Your Pretty follows a group of tightly knit friends as they sort out their turbulent life issues and love lives – always turning to one another to figure out their next move when jobs, romance, or family interactions prove more complicated than they had ever anticipated.

For more information about TV One’s upcoming programming, including original movies, visit the network’s companion website at www.tvone.tv. TV One viewers can also join the conversation by connecting via social media on Twitter, Instagram, and Facebook (@tvonetv) using the hashtag #DONTWASTEYOURPRETTY.

Adomako Aman Dares to be Bold In Short Film PEACE